Vijender Singh, who beat Kerry Hope to win the WBO Asia Pacific title in a gruelling 10-round contest, has been unbeaten since he turned professional last year, recording seven straight wins 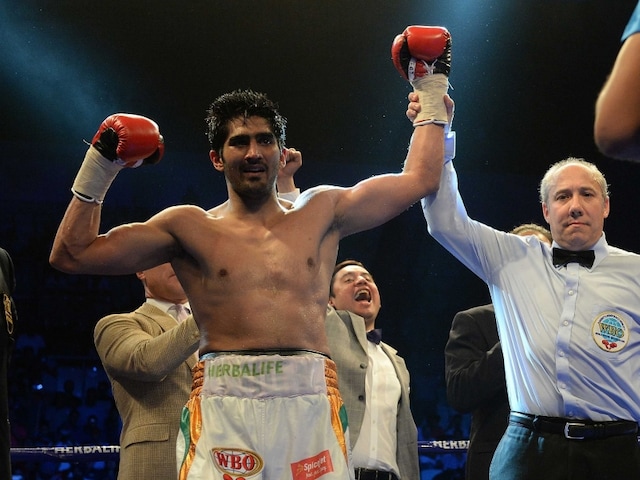 Vijender, who beat former WBC European champion Kerry Hope to win the title in a gruelling 10-round contest, has been unbeaten since he turned professional last year, recording seven straight wins -- six of them knockouts.

The Indian is placed above rising American star Trevor McCumby, who is also undefeated in the circuit with 22 wins, 17 of them knockouts.

"It's just the start for me, one day I want to be the No.1 in the world. That's my dream and I am sure I will achieve it," Vijender, who was India's first Olympic and World Championships medal winner in a trailblazing amateur career, told PTI.

A rung above Vijender is US-based Russian Matt Korobov, who has 26 wins in 27 fights so far.

The Indian might face Commonwealth champion Luke Blackledge in his next fight, his promoters had hinted after the triumph title triumph.

Vijender, who is currently in India, met Home Minister Rajnath Singh on Wednesday.