Sports Minister Vijay Goel invited Vijender Singh, who plies his trade in the professional circuit now, and held a discussion on the state of boxing in India 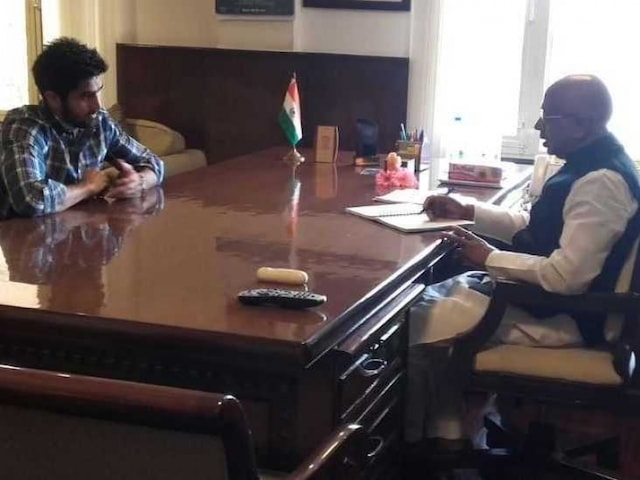 Sports Minister Vijay Goel today met former Olympic bronze-medallist Vijender Singh to discuss the way forward for Indian boxing, which has been severly hampered by admninistrative wranglings in the past four years.

Goel invited the former World Championships bronze-medallist, who plies his trade in the professional circuit now, and held a discussion on the state of the sport.

"It was a wonderful gesture on his part to seek my feedback on what can be done to revive boxing. I told him what I felt about the current situation," Vijender told PTI after the meeting.

The reigning WBO Asia Pacific champion in the super middleweight category, Vijender hoped the upcoming elections to put together a new federation on September 25 would herald the beginning of a new era.

India have been without a smooth-running federation for the last four years and the upcoming polls for Boxing Federation of India is the country's final chance to put things back on track.

"Let's hope for the best, I am keeping my fingers crossed. I hope the new federation can revive the sport," he said, referring to the medal-less campaign of the Indian boxers in last month's Rio Olympics.

Asked what were his suggestions to the minister, Vijender said, "I told him facilities like NIS Patiala should be extended to other places too. There should be good infrasturcture all around to support the boxers."

"There are lots of other suggestions which I gave and hopefully something would be done. The minister seemed very receptive and it is wonderful of him to have written to all Rio athletes to seek their suggestions as well," he added.

Being the first to grab an Olympic as well as a World Championships medal, Vijender remains a trailblazing figure in Indian boxing.

In fact, till date he remains the only male boxer to have an Olympic medal to his credit. The 30-year-old turned professional last year and is unbeaten in the circuit so far.