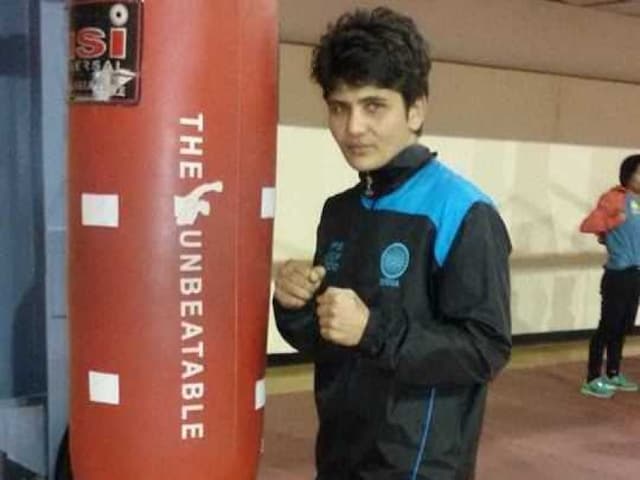 Sonia Lather (57kg) stands just one win away from ending India's six-year-old gold medal drought at the AIBA Women's World Boxing Championship, as she advanced to final after outpunching Kazakhstan's Aizhan Khojabekova in the last-four stage here on Thursday.

The 24-year-old Sonia, who is a 2012 Asian Championships silver-medallist, defeated Khojabekova 3-0 to set up a clash with Italian Alessia Mesiano, who got the better of Bulgaria's Denitsa Eliseeva by a similar margin.

The lone Indian left in the fray, Sonia was quick off the blocks against her rather sloppy rival. Combining right hooks with power-packed jabs, Sonia threw Khojabekova off balance on more than one occasion.

Khojabekova was mostly clueless when it came to defending herself and her feeble attempts at attack were blocked or evaded effortlessly by the quick-thinking Haryana girl.

In the end, it was hardly a surprise that judges ruled unanimously in Sonia's favour.

Sonia's performance is the lone bright spot in an otherwise disappointing show by the Indians in the event, where none from the country, including the celebrated MC Mary Kom, could qualify for Rio Games in the three Olympic categories of 51kg, 60kg and 75 kg.

India have not won a gold at this event since 2010 when Mary Kom had finished on top in the 48kg category to clinch her fifth world title.

This year's performance continues India's falling stock in the prestigious event. Mary Kom (51kg), who was christened 'The Magnificent Mary' by the world body for her feats at the tournament, could only go till as far as the second round this time.

In the 2014 edition in South Korea, India had won two silver medals through Sarjubala Devi (48kg) and Saweety (81kg), both of whom losing in the quarterfinals in the ongoing edition.