Olympic-bound boxer Vikas Krishan has got the Sports Authority of India's (SAI) approval to train in the USA, where he also plans to resume his career in the professional circuit. 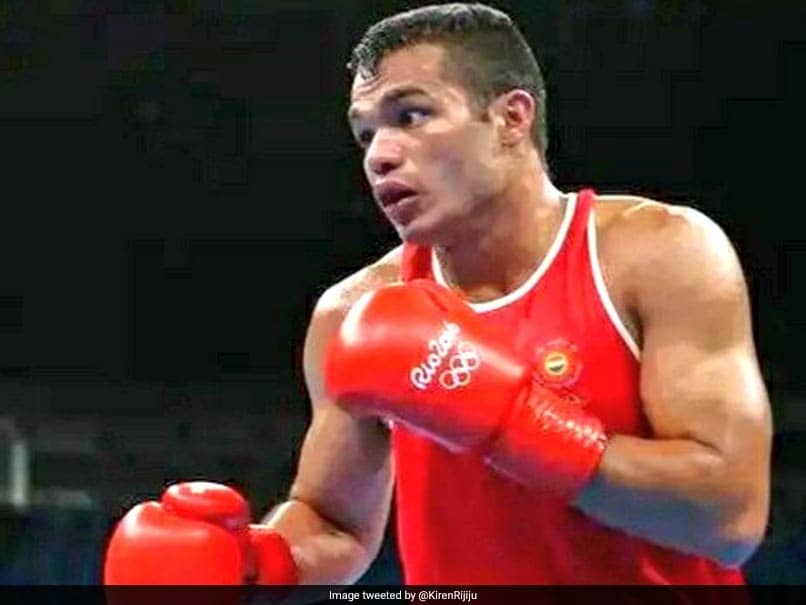 Vikas Krishan will be travelling to the US later this week along with his American coach Ron Simms Jr.© Twitter

Olympic-bound boxer Vikas Krishan has got the Sports Authority of India's (SAI) approval to train in the USA, where he also plans to resume his career in the professional circuit. SAI has approved his training in the US till November 30 and also sanctioned Rs 17.5 lakh for the stint. Vikas, who competes in 69kg category currently, is an Asian and Commonwealth Games gold-medallist. "Tokyo Olympics quota winner and boxer Vikas Krishan's request to train in the United States as part of his preparations for Olympics has been approved by the Sports Authority of India," the SAI said in a statement.

"Vikas, who is a part of the Target Olympic Podium Scheme (TOPS), has been approved financial assistance of Rs 17.5 lakh for the duration of the visit," it added.

He will be travelling to the US later this week along with his American coach Ron Simms Jr, and they will train at the Alexandria Boxing Club in Virginia till November 30.

"It will be a very good experience for Vikas. He's been in the national team for so many years and for him, it is a good time to go and do something a little bit different," Nieva said.

"After he comes back, we will focus on the camps and different tournaments for the Olympic-style boxing ahead of the Tokyo Olympics."

Vikas had expressed a desire to resume his professional career in the USA, where he is undefeated. He is contracted with Hall of Famer Bob Arum's Top Rank Promotions.

In a recent interview to PTI, the Haryana-lad had stated that he expects to get at least three fights before heading back to India to join the national camp next year.

"I am in touch with Top Rank Promotions. They have promised to arrange fights for me and I hope to compete in 3-4 bouts before the Olympics," he had said.

He will be making his third Olympic appearance in Tokyo next year, and is the most experienced among the five men who have made the cut so far.