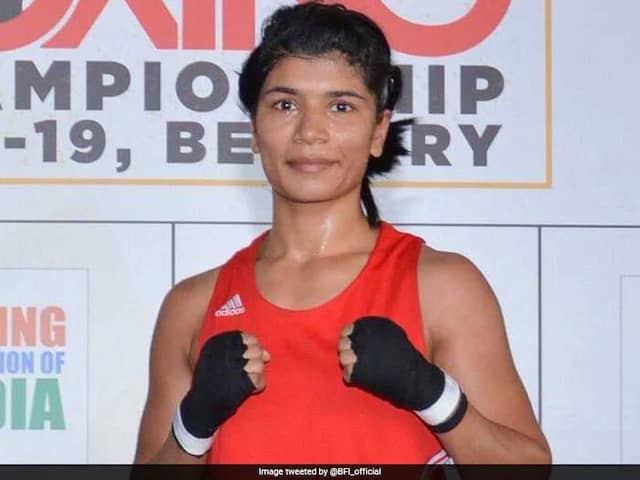 Former junior world champion Nikhat Zareen on Friday advanced to the 51kg category finals of the women's boxing trials for next year's Olympic Qualifiers after defeating Jyoti Gulia in New Delhi. Zareen, a gold-medallist from the prestigious Strandja Memorial in Bulgaria, defeated Gulia, also a youth world gold-medallist and the reigning national champion, in a unanimous verdict in the opening bout of the two-day competition, which will end on Saturday.

Zareen had kicked up a storm a few weeks ago by demanding a trial against iconic six-time world champion MC Mary Kom after the Boxing Federation of India's flip-flop on the selection policy for the Olympic Qualifiers.

Both the results were unanimous verdicts. The Olympic qualifiers are scheduled to be held in China in February next year.

All five categories in women's boxing are being decided by trials as none in the 51kg, 57kg, 60kg, 69kg, and 75kg divisions managed to make the finals of the world championships.