While Ajay Singh was named the president of the new Boxing Federation of India, Jay Kowli has been chosen as the new secretary general. 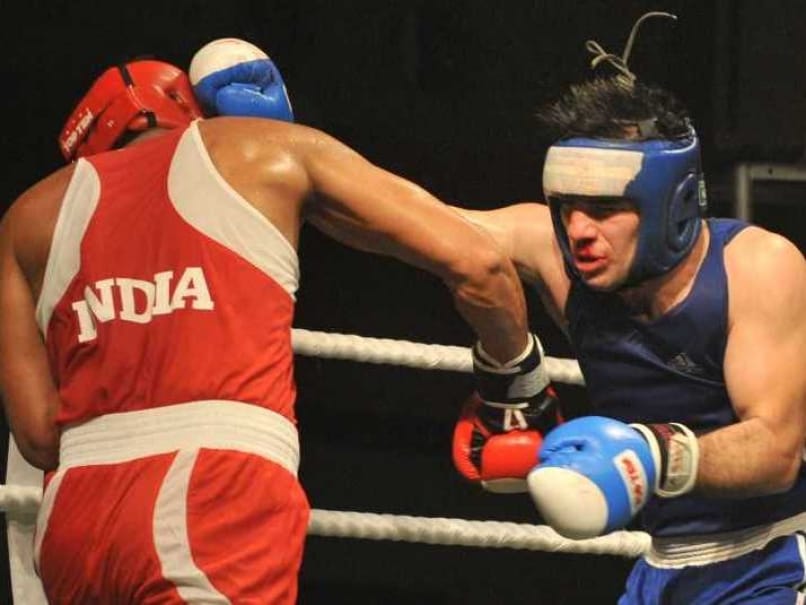 A new federation has been elected to handle the affairs of boxing in India.© AFP

Seeking to end four years of administrative turmoil, the Boxing Federation of India (BFI) was on Sunday voted to office with businessman Ajay Singh becoming its President following an overwhelming win in the elections declared "free and fair" by the International Boxing Association (AIBA).

Singh, the Chairman and Managing Director of Spicejet Airlines, got 49 votes against the 15 that his rival Rohit Jainendra Jain of Delhi polled in the election which had observers from AIBA as well as the Sports Ministry to monitor the proceedings.

While AIBA was represented by its Oceania Zone Vice-President Edgar Tanner, the Ministry had deputed Sports Authority of India Director Sushmita Jyotsi as observer. Jyotsi also expressed satisfaction with the process after the results were announced.

The 51-year-old Singh, who was representing Uttarakhand, is an accomplished businessman credited for turning around the fortunes of Spicejet, an airlines he founded before selling off his majority stakes in 2005.

He bought back his share last year when the company was in dire straits and steered it towards profits. Singh is one of the Vice Presidents in the Uttarakhand Boxing Association.

He was a late entrant to the race and sources said Singh had the backing of the Indian Olympic Association (IOA), which however, did not depute any observer for today's proceedings despite requests by IOC and the AIBA.

"Our priority now will be to bring back boxing to where we were -- in the top-10 in the world or even top-five. We should put behind the politics of last four years and focus on boxing, boxers, coaches etc. We will start conducting various Nationals now," Singh said in a post-election press conference.

"We have plans to start a boxing league and have international competitions. We will formally seek affiliation from AIBA," he added.

Maharashtra's Jay Kowli was elected the Secretary General, garnering 48 votes against the 12 by his nearest rival Lenny D'Gama of Goa. The third candidate in the fray, Haryana's Rakesh Thakran, fetched only 4 votes.

Interestingly, Kowli had been voted out of this position only last year by the same state units, which voted overwhelmingly for him today.

At that time, he was the Secretary General of Boxing India, which was dissolved following a revolt by the state units.

Assam's Hemanta Kumar Kalita had been elected unopposed as Treasurer at the end of the nomination process earlier this week.

AIBA Observer Tanner said he was satisfied with the conduct of elections.

"It was a very well conducted election and very fair election. I will be reporting to AIBA that the Indian boxing federation is back up and running. We can expect strong showing once again from Indian boxers at international competitions," he said after the counting of votes.

"India were always in top ten of world boxing. Unfortunately, they had slipped and Indian team could not march under their own country's flag or when their boxer won title their country's anthem could not be played. Gladly all those bad days of Indian boxing are behind us. They can now send strong teams to compete with the best," he added.

The next step for the new body would be to take formal affiliation from AIBA. The world body is expected to do the formalities during its Congress in December.

"AIBA is going to have a Congress in December when Indian boxing body's affiliation will be taken up. Vis-a-vis IOA not having sent any representative to elections AIBA had written two letters and also persuaded IOC to write to IOA. AIBA was very concerned about India," said Kishan Narsi, who headed the ad-hoc committee which was administering the sport until now.

Tanner said he would recommend affiliation of India with AIBA once he goes back.

The build-up to the elections was a turbulent one. AIBA extended deadlines multiple times due to internal squabbling among the Indian administrators. Just days before the polls, Presidential candidate Rohit Jainendra alleged corruption in the conduct of the polls, a charge that was denied by the ad-hoc committee.

Besides, Railways Sports Promotion Board and the Services Sports Control Board expressed unhappiness at being left out of the process after they refused to take affiliation from BFI citing non-recognition from sports ministry.

The administrative mess in Indian boxing dates back to 2012 when the erstwhile Indian Amateur Boxing Federation was terminated for "manipulation in elections".

The body that took charge after two years of turmoil was Boxing India but could not carry on for even a year and was dissolved in 2015 following a revolt by the state units.

The logjam took a massive toll on the sport and there has been no National Tournaments in the period.

The boxers have also been denied exposure in most of the training-cum-competition tournaments, which were a major contributor in their success in the 2008 and 2012 Olympics.

The office-bearers of Boxing Federation of India: