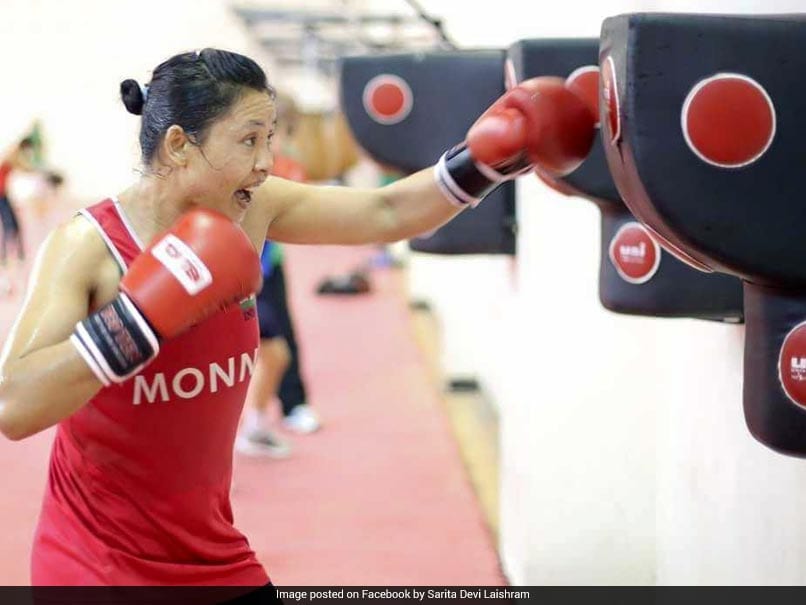 Sarita defeated TN's Muthulakshmi in a bout that had to be stopped in the opening round itself.© Facebook

Former world and Asian champion L Sarita Devi (60kg) on Tuesday advanced to the quarterfinals of the National Women's Boxing Championships. Sarita, who won a bronze medal at the Asian Championships last year, defeated Tamil Nadu's Muthulakshmi in a bout that had to be stopped in the opening round itself. Sarita is competing for All India Police at the event. Also entering the quarters was President's Cup bronze-medallist Lovlina Borgohain (69kg) of Assam. Borgohain got the better of Maharashtra's Almas Shaikh in a unanimous 5-0 verdict.

Comments
Topics mentioned in this article
Sarita Devi Boxing
Get the latest updates on ICC T20 Worldcup 2022 and CWG 2022 check out the Schedule, Live Score and Medals Tally. Like us on Facebook or follow us on Twitter for more sports updates. You can also download the NDTV Cricket app for Android or iOS.