Muhummad Ali will be laid to rest as the two-day funeral for the Boxing legend, who died last week at the age of 74 after a lengthy battle with Parkinson's disease 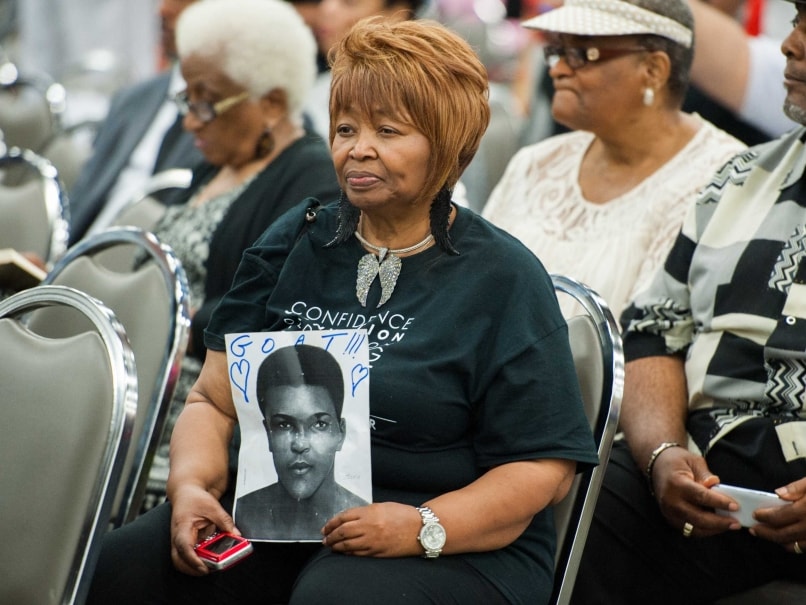 Muhammad Ali's two-day funeral ends on Friday when he will be laid to rest.© AFP

Muhammad Ali will be laid to rest Friday, the culmination of a two-day farewell for the beloved boxing legend and civil rights hero who electrified crowds the world over.

Thousands from near and far are expected to line the streets of Ali's native city of Louisville in the southern US state of Kentucky to bid goodbye to the three-time heavyweight world champion who died last week at 74 after a decades-long battle with Parkinson's.

Starting at 9 am (1300 GMT), the funeral procession will wind through the city of 600,000 where Ali was born at a time of racial segregation.

It will pass sites that were important to "The Greatest": his childhood home, the Ali Center, the Center for African American Heritage -- which focuses on the lives of blacks in Kentucky -- and, of course, along Muhammad Ali Boulevard before arriving at the Cave Hill Cemetery for a private burial.

Actor Will Smith -- who earned an Oscar nomination for his portrayal of Ali on the silver screen -- and former heavyweight champion Lennox Lewis will be among the pallbearers.

An anonymous individual has pledged to cover the path to the grave with red rose petals.

Friday afternoon, Ali will be honored at an interfaith memorial service at a large sports arena that will bring together heads of state, VIPs and fans alike.

Some 15,500 people are expected to attend -- with free tickets given out in a half-hour and a black market for the coveted tickets sprouting online.

Barack Obama will not be present at the funeral of the man he calls a "personal hero" since it coincides with his daughter Malia's graduation.

But the president published a video message Thursday in which he displayed two mementoes gifted to him by "The Champ" -- a book of photographs and a set of gloves -- which have accompanied him through his time in the White House.

"This week we lost an icon," Obama said in the Facebook message. "A person who for African Americans, I think, liberated their minds in recognizing that they could be proud of who they were."

"I grew up watching him. I grew up having my identity shaped by what he accomplished," he said.

"The incredible gestures of love and support that he showed me was one of the great blessings of my life." 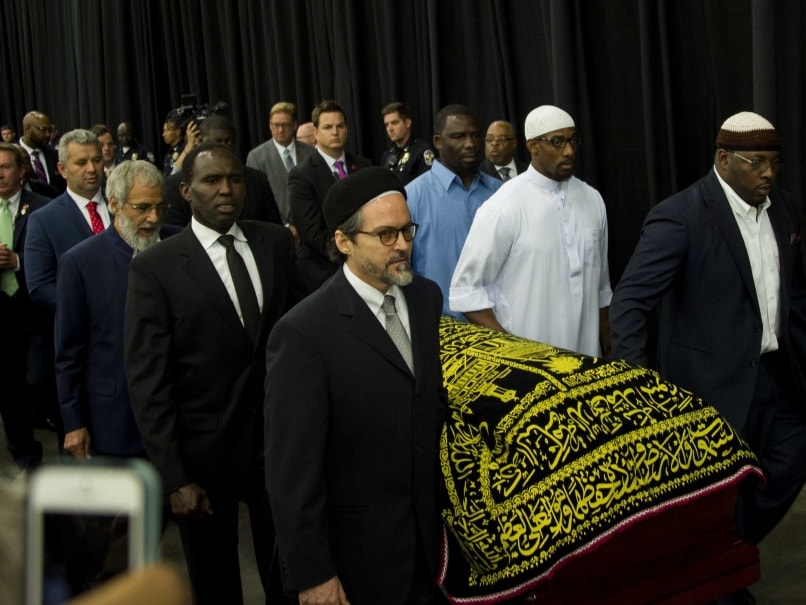 A total of 15,500 people are expected to attend the funeral of Muhammad Ali.

On Thursday, thousands came together across creeds and nationalities for a Muslim prayer service in remembrance of Ali.

The brief ceremony brought together dignitaries and ordinary fans, honoring a man known for both his tenacity in the ring and his social activism outside of it.

"It was fabulous, seeing all the different nationalities, cultures, races, religions come together, even though it's a very sad situation that he passed, it's very inspirational," said Makeeba Edmund, a city employee, who is Muslim.

Muslim men and women prayed in separate rows, most of the latter with their heads veiled.

One of those paying his respects was Babacar Gaye, a 54-year-old native of Senegal who remembers watching Ali fights at a house in Dakar as a teenager.

"There would be at least 60 people watching it on a small black and white television," Gaye told AFP.

Born Cassius Clay, the boxer converted to Islam in 1964, changing his name to Muhammad Ali and shocking America.

Thursday's prayer service was held at the site of Ali's last fight in his hometown, where he defeated Willi Besmanoff on November 29, 1961.

"This is about... sending him off in the very best of fashion," said the Muslim cleric, adding that Ali would want his supporters to "honor his memory, live his legacy and love each other."

For millions of Muslims around the world, Ali symbolized the true face of Islam, promoting peace and tolerance.