Louisville will play host to a mass public celebration of Muhammad Ali, who died last Friday 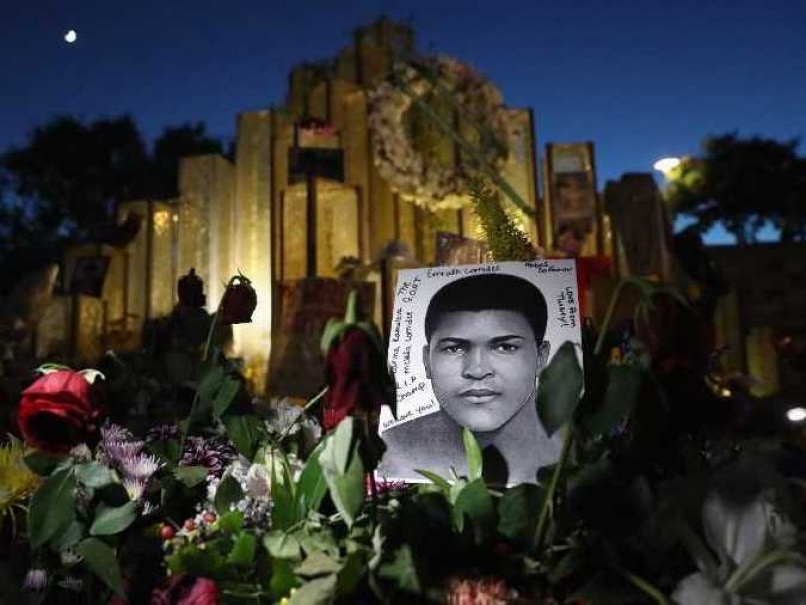 Louisville, the largest city in the southern state of Kentucky and home to 600,000 people, will play host to a mass public celebration of Muhammad Ali's life.© AFP

All of the roughly 15,000 tickets for Friday's public memorial service in Louisville honoring boxing legend Muhammad Ali, the city's most famous son, have been distributed, organisers said Wednesday.

Hundreds of people formed long lines early in the day for a chance at a seat in the KFC Yum! Center, a large sports arena, for Friday's interfaith ceremony, at which former president Bill Clinton and comedian Billy Crystal will eulogize Ali.

Ali, whose remarkable boxing career and civil rights activism made him one of the indelible figures of the 20th century, died last week at 74 after a decades-long battle with Parkinson's disease.

Louisville, the largest city in the southern state of Kentucky and home to 600,000 people, will play host to a mass public celebration of Ali's life.

"This is part of our history and I feel like Muhammad Ali has an awesome legacy," said 23- year-old waitress Andeja Tyler, who stood in line waiting for tickets.

Ten ticket booths were set up to distribute four free tickets per person. In just one hour, all of them had been handed out.

"Muhammad Ali memorial tix are SOLD OUT. Looking forward to remembering #TheGreatest! Service will also be streamed on our outdoor jumbotron," the KFC Yum! Center said on its Twitter account.

Some people spent the night in line on camping chairs and wrapped in blankets to make sure they got tickets.

"Muhammad Ali was such an amazing person, not only as an athlete but really a humanitarian," said Jessica Moore, the local county's assistant district attorney.

"He was the people's champion and we, being from Louisville, feel like family to him."

"Anyone selling or buying tickets online at Craigslist, eBay or any of the other sites that have those sales up will be reported to law enforcement," saud Ali family spokesman Bob Gunnell.

"Scalping is still illegal in Kentucky and we have a group that are tracking those sites," he said.

"Frankly, this activity is despicable.It is deplorable that some people are trying to profit off the solemn service, as we celebrate the life of Muhammad Ali," he added.

The Louisville ceremonies will have three key moments: an Islamic prayer service open to all on Thursday, a long public funeral procession through the city on Friday and the public memorial service.

Organisers have said several heads of state will attend.

Turkish President Recep Tayyip Erdogan has confirmed he will be there but President Barack Obama will not attend, remaining in Washington for the high school graduation ceremony of his eldest daughter, Malia.