Muhammad Ali's daughter Laila said in a statement that she "appreciates the outpouring of love" for her father, who has been hospitalised with a respiratory issue 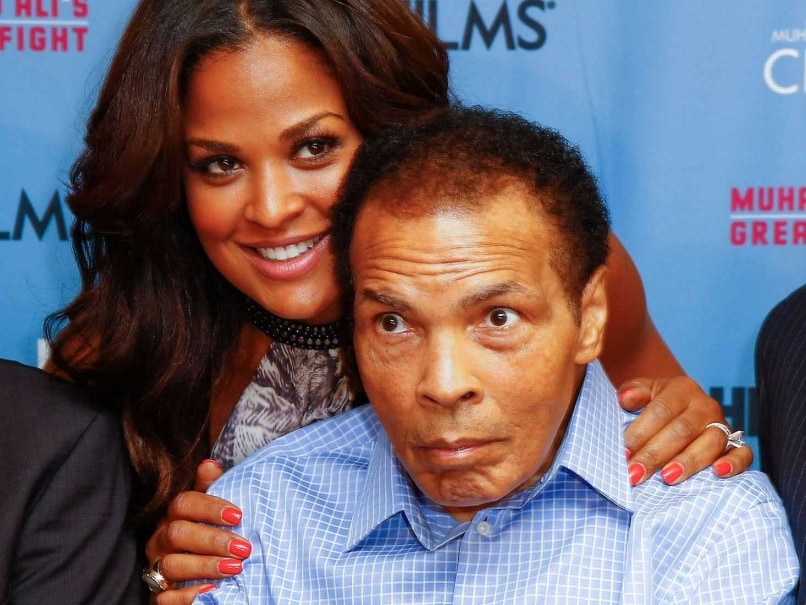 With boxing legend Muhammad Ali in a Phoenix-area hospital, reportedly battling a respiratory condition, the former heavyweight champion's 38-year-old daughter expressed appreciation for the support shown by friends and well-wishers.

A champion herself, Laila Ali said in a statement Friday that she "appreciates the outpouring of love" for her father. The 74-year-old icon was hospitalized Thursday.

Laila Ali also posted her gratitude on Facebook, including a photo of her daughter with "the Greatest" as a baby.

While a family spokesman has said the hospital stay will be "brief," reports Friday have said the boxer is in "grave" condition and that doctors have told family gathered at Ali's bedside it could be "a matter of hours, " according to Reuters.

Ali has suffered from advanced Parkinson's disease, which he was first diagnosed with in the 1980s. The illness can lead to complications with respiratory issues.

Comments
Topics mentioned in this article
Muhammad Ali Boxing
Get the latest updates on India vs Australia Series, check out the India vs Australia Schedule for 2020-21 and Ind vs Aus live score . Like us on Facebook or follow us on Twitter for more sports updates. You can also download the NDTV Cricket app for Android or iOS.