Manoj Kumar sailed into the quarterfinals with a 3-0 win over Nepal's Deepak Shrestha in 64kg category. 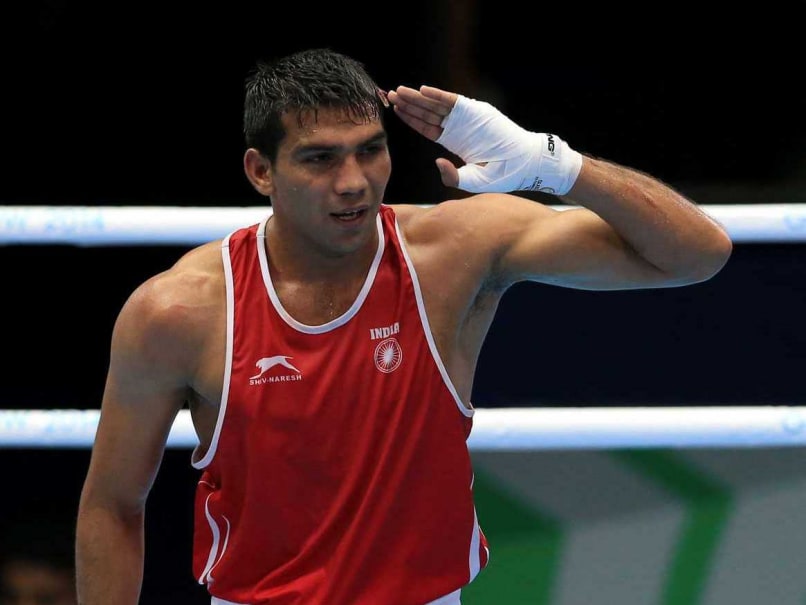 Former Commonwealth Games gold-medallist Manoj Kumar (64kg) sailed into the quarterfinals along with two others on an all-win day for Indian boxers in the Asian Championships here on Monday. (Click here for latest Boxing stories)

While Manoj defeated Nepal's Deepak Shrestha 3-0, Madan Lal (52kg) got the better of Iraq's Murtadha Al-Sudani by the same margin.

Madan started the proceedings for India and gave the contingent a perfect start by defeating Al-Sudani 3-0 in a bout marred by excessive clinching and holding.

The two pugilists fought out a rather unattractive contest, which lacked spark.

However, the Indian stood out for exploiting his rival's weak defence quite easily in all three rounds. Madan was clearly the better of the two in ring-craft, thwarting Al-Sudani's feeble attacks with consummate ease.

Madan, a former national champion, though will have his task cut out in the next round, where he will be up against second seed Shakhobidin Zoirov of Uzbekistan. Zoirov outpunched Japan's Ryomei Tanaka 3-0 in his prequarterfinal bout.

Next man in for India on Monday was Manoj and the two-time bronze-winner at the Championships hardly broke a sweat against his seemingly low-on-confidence opponent.

The former Commonwealth Games gold-medallist dictated the pace of the bout and relied mostly on his left hooks and uppercuts to do the scoring. Deepak spent most of the time trying to evade the Indian and hardly manage to connect the few attempts at hitting Manoj.

After getting a good measure of Deepak in the opening round, Manoj upped the ante in the second, hopping around the ring without a guard against a fast-wearing opponent.

The third round followed a similar pattern before Manoj eased into the next level.

The Haryana-lad also has a tough contest next up -- a face off against second-seeded Kazakh Samat Bashenov. Bashenov got the better of Uzbekistan's Fazliddin Gaibnazarov 3-0.

In India's final bout of the day, Kuldeep took on Zhang in an battle of attrition. The Indian was way too cautious to start with but found his rhythm as the bout progressed.

Sharp and precise in his attacks, Kuldeep impressed even his rival camp. Both the boxers tried to counter-attack but it was Kuldeep, who was more on target with his right hooks.

With this the number of Indians in the quarterfinals stands at eight.

Last edition's silver-medallist Mandeep Jangra (69kg) and Manish Kaushik (60kg) are the two Indians to have bowed out earlier after losing in the pre-quarters.

The event is a qualifier for the October World Championships in Doha -- the first qualifying tournament for next year's Olympics in Rio de Janeiro.