Manny Pacquiao aims to end his boxing career on a high as he prepares to fight Tim Bradley in his farewell fight. 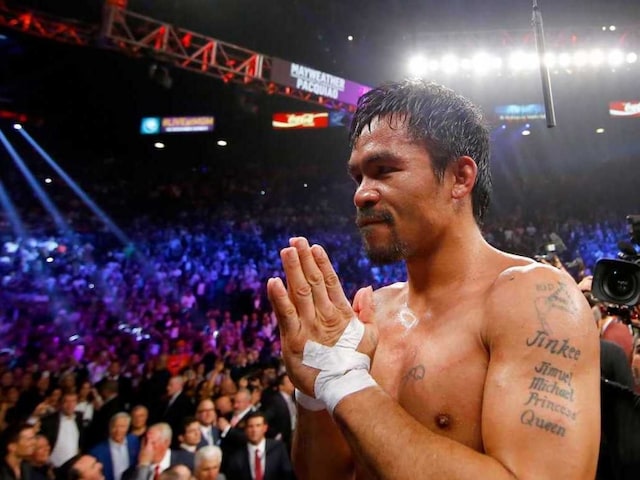 Manny Pacquiao will retire from professional boxing after his fight with Tim Bradley.© AFP

Manny Pacquiao believes his 11-month absence from boxing following last year's defeat to Floyd Mayweather has left him hungrier than ever as he prepares for his farewell fight against Tim Bradley. (Manny Pacquiao Says He Respects Nike's Decision to Drop Him)

The 37-year-old Filipino insists he will retire from boxing after the third instalment of his rivalry with Bradley, vowing to focus on a political career in his homeland where he is seeking election to the Senate. (Phillipines Election Body Urged to Stop Manny Pacquiao Fight)

While Pacquiao has carefully kept a door ajar to extending his career, he told reporters at the MGM Grand in Las Vegas on Wednesday that he views Saturday's bout as an opportunity to sign off in style.

"It's really important for me to win this fight, to win convincingly," Pacquiao said. "It's part of my legacy."

Asked if he still retained the killer instinct which helped him win an unprecedented eight world titles at eight different weight classes, Pacquiao said his long absence had served to renew his enthusiasm for the ring.

"I still have that (killer instinct)," Pacquiao said. "I rested almost one year and when I started training for this fight I felt fresh and hungry again, like I did when I first started boxing. It's been good for me. It's good that I had a long layoff.

"I still have that desire. I love boxing. Boxing is my passion. I grew up on boxing. I started when I was 12 years old, non-stop, until now."

Pacquiao's long-time trainer Freddie Roach said he had questioned whether retirement talk could prove a distraction.

"I thought it might be, but training camp was great, it was just like every other training camp. Manny maybe worked a little harder and said 'Let's go out with a bang' and that's what we intend on doing," Roach said. 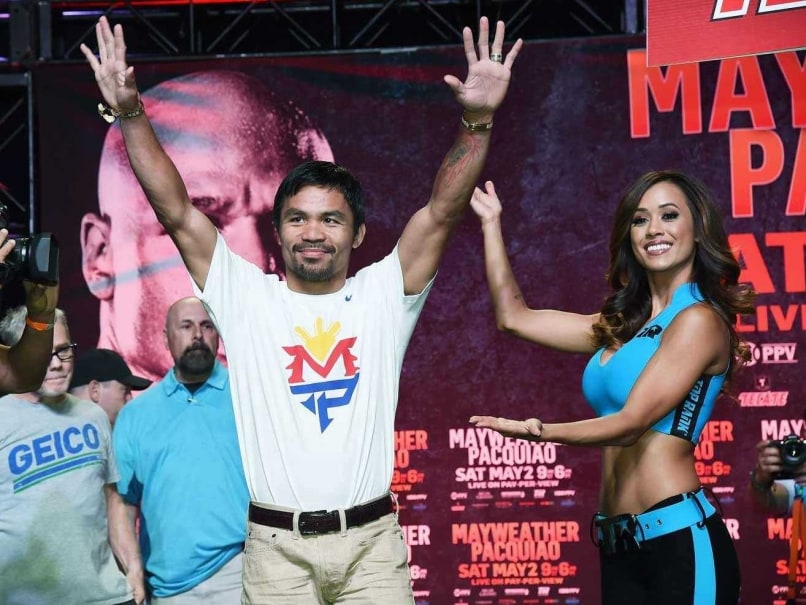 Manny Pacquiao is fighting the elections in the Phillipines in May.

'Bat out of hell'


Pacquiao (57-6-2) has joked that a knockout against Bradley -- who has twice gone the distance with the Filipino, winning one, losing one -- would boost his appeal at the ballot box when he stands in Filipino elections in May.

Pacquiao however has not scored a knockout since 2009, when he demolished Britain's Ricky Hatton in two rounds before beating Miguel Cotto six months later with a 12th round TKO.

"I'm expecting him to be more aggressive, he's going to come out like a bat out of hell and try to take my head off," Bradley said, shortly before going face-to-face with Pacquiao at a pre-fight press conference here.

The 32-year-old from the Californian desert city of Palm Springs believes, however, that a combative approach from his opponent may play into his hands.

"If he's more aggressive, then it's probably going to give me more opportunities I would think," said Bradley, who showered Pacquiao with praise in what amounted to an endorsement of his opponent's political aspirations.

"He's shown over and over again that he's for the people, he's by the people, and that he's a man of his word. And he's always shown that character, integrity," said Bradley. "I really hope you win, man."

"We're professionals, we won't make that mistake," Roach said. "We're not going to go in there looking for a knockout. We've never looked for a knockout because if you do it will never happen. The knockouts come as kind of a bonus but we never look for them out there."

Pacquiao shrugged off reports that Bradley had sought to incorporate tactical elements used by Juan Manuel Marquez when he inflicted a devastating sixth round knockout on the Filipino in December 2012.

"I know that Floyd (Mayweather) used the same sparring strategy, I know that they're going to use that strategy," Pacquiao said. "But I learned a lot from that fight. So maybe they should think about another strategy."