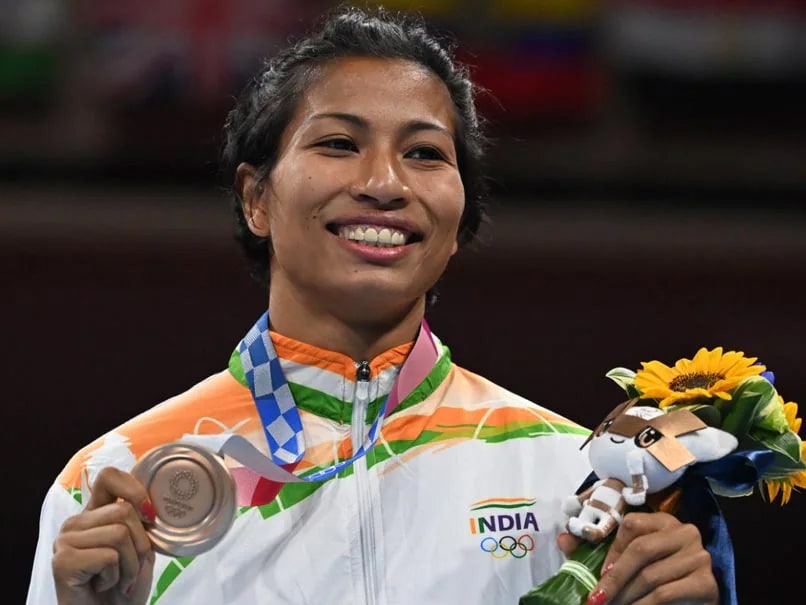 Boxer Lovlina Borgohain is in contention to be Asia's representative in the AIBA athletes committee.© AFP

Olympic bronze-winner Lovlina Borgohain and five-time Asian medallist Shiva Thapa are in contention to be Asia's representatives in the International Boxing Association's (AIBA) athletes committee, which will be formed through voting during the world championships for men and women. The men's showpiece is currently in progress in Belgrade, where Thapa is competing in the 63.5kg category. The Assam boxer is a former bronze-winner at the event. The women's event is planned for December in Turkey and Borgohain will compete there after being picked for the squad on the basis of her Tokyo Olympics performance.

She has previously won two bronze medals in the marquee tournament. AIBA received 34 nominations from five confederations, of which 27 were found to be eligible by its ethics committee.

If any of the two Indians is elected, it would ensure the country's presence in the panel for a second successive time after veteran L Sarita Devi, a former world champion, made it unopposed in 2019 during the tenure of interim president Mohamed Moustahsane.

"The Athletes Committee will be composed of 10 people, with the newly-elected Chair and Vice-Chair becoming voting members of the AIBA Board of Directors," the AIBA stated.

One male and one female member from each confederation will be elected by the registered boxers who are/will be in attendance at the world championships.

"Each election shall be conducted by a secret ballot. AIBA shall decide if electronic or paper ballots shall be used," the world body said.

The term of office of the athletes committee members will be until the 2025 World Championships, a much longer run than what the previous panel got.

During their term, the members of the Committee would expected to work to ensure that the views and opinions of boxers are represented within AIBA.

"One of the tasks of the new members of the Committee will be working with and supporting AIBA's mission to develop and promote the sport of boxing everywhere," AIBA President Umar Kremlev said.

"Considering the challenges we are overcoming at the moment, we truly need people who are ready to fight for a brighter future of our beloved sport. And who can fight better than boxers themselves?," he said.

"At AIBA, we value everyone's input in our reforms. In the end, all of our work is on behalf of boxers and those who support them. So it is vital for us to hear what the boxers have to say," he added.

Comments
Topics mentioned in this article
Lovlina Borgohain Boxing
Get the latest updates on IND vs NZ 2021, check out the Schedule and Live Score . Like us on Facebook or follow us on Twitter for more sports updates. You can also download the NDTV Cricket app for Android or iOS.