The suspended Indian Boxing Federation (IABF) claims to have taken the first step towards regaining recognition from the International Boxing Association by preparing the draft of an amended constitution which would be compliant with the AIBA statute. 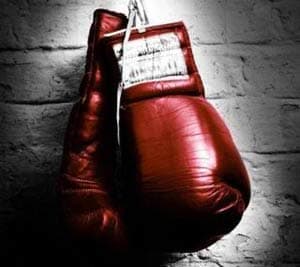 The suspended Indian Boxing Federation (IABF) claims to have taken the first step towards regaining recognition from the International Boxing Association by preparing the draft of an amended constitution which would be compliant with the AIBA statute.

The international body had asked the IABF to hold a re-election and amend its Constitution to fulfil the criteria of getting the suspension revoked.

"Some of the vice-Presidents and senior officials of the IABF, including President of the suspended body, Abhishek Matoria, met in Chandigarh on January 6. They discussed the constitutional amendments that have been suggested by AIBA and also went through the AIBA statute," an IABF source told PTI.

"The draft is in accordance with the AIBA statute and will be sent to them soon for approval. Once AIBA approves it, the amendments will be incorporated into the constitution and the next step would be a re-election," he added.

In the new draft prepared by the IABF officials, rules and provisions of AIBA Professional Boxing and the World Series of Boxing have been incorporated, as suggested by the world body.

"In our previous Constitution, professional boxing was not touched upon but in the amended one, the rules and provisions would be elaborated. Besides, the previous Constitution merely stated that elections to IABF would be held every four years without laying down ground rules and eligibility criteria for it," said the official.

"But in the amendments, the entire procedure will be laid down properly. This draft will be sent in a day or two and once we get the approval, things will become smooth," he added.

"Even AIBA President Ching Kuo-Wu has made it clear that constitutional amendments were very important for getting the suspension revoked," the official said.

Incidentally, the AIBA Statute puts a cap on the President's tenure at not more than three successive terms but there is no bar on the tenure and age of other office-bearers.

During the September elections of the IABF, outgoing President Abhay Singh Chautala was made a nominated chairman following constitutional amendments and his brother-in-law and Rajasthan BJP MLA Abhishek Matoria, 29, took over as the new President after the house authorised Chautala to pick the new head.

Interestingly, Matoria had no known links to Indian boxing and some of the IABF officials were left stunned when he took over the position with Rajesh Bhandari as Secretary General.

The election process was questioned by the Sports Ministry before AIBA stepped in to provisionally suspend the federation.