IBC President Brig. PKM Raja attended the meet in which the Indian body was welcomed into the fold by WBO founder Chairman Luis Batista Salas 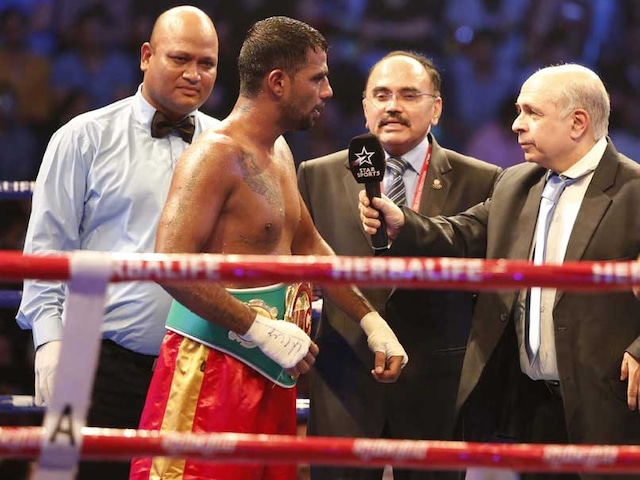 IBC's induction in WBO will come as a major boost for professional boxing in India.© NDTV

The Indian Boxing Council, a licensing body for the country's professional boxers, has been inducted into the World Boxing Organisation with voting rights in the WBO's annual convention at Puerto Rico.

IBC President Brig. PKM Raja attended the meet in which the Indian body was welcomed into the fold by WBO founder Chairman Luis Batista Salas.

"I am extremely delighted that Indian Boxing Council has been formally welcomed into the WBO fold. This paves the way for Indian Boxers to participate in WBO Events and be eligible to compete for WBO Asia Pacific as well as WBO World Titles," Brig. Raja told PTI over phone.

"It was a momentous occasion for me as President of IBC, when many prominent Boxing Promoters from Asia, Europe, America and Africa congratulated me immediately after the WBO announcement and expressed their keen interest to join hands with Indian Boxing Council for the promotion of Professional Boxing in India," he added.

The convention was also attended by Neerav Tomar, Managing Director and CEO of Infinity Optimal Solutions (IOS), which is the India promoter of star boxer Vijender Singh.