Indian Boxers Off to Poor Start at Asian Olympic Qualifiers

The likes of Manoj Kumar, Sumit Sangwan, Pooja Rani were all defeated in their opening game of the Asian Olympic Qualifiers. 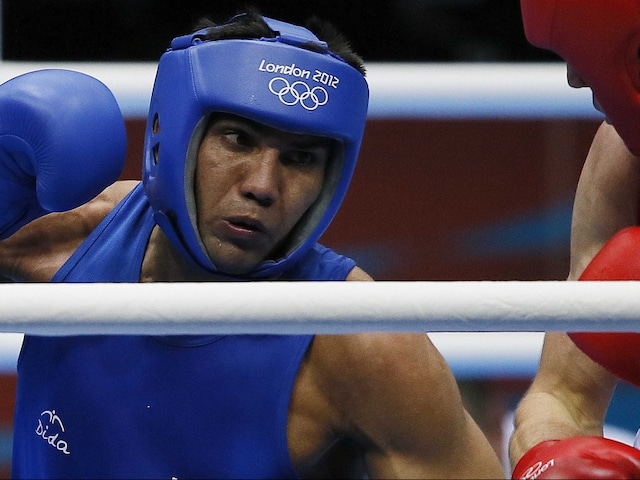 The Indian boxers' campaign in the Asian Olympic Qualifiers was off to a disappointing start with all three in action, including former Commonwealth Games champion Manoj Kumar (64kg), bowing out with opening round losses in Qian'an. (Read More in Boxing)

Among other Indians, Sumit Sangwan (81kg), who was coming back after a lenghty injury layoff, lost to Korea's Heeguan Yang.

In the women's qualifiers being held simultaneously, Asian Games bronze-medallist Pooja Rani (75kg) was beaten by Tajikistan's Shoira Zulkaynarova to round off a poor opening day for the country's pugilists.

Five Indians will be in action, including the celebrated M C Mary Kom, who has got top seeding in the 51kg category. The five-time world champion and London Olympics bronze-medallist will be up against Kazakhstan's Nazym Kyzaibay in the first round.

Among the men, Asian Championships silver-medallist Vikas Krishan (75kg), seeded fourth, will fight it out with local favourite Zhao Minggang.

Satish Kumar (+91kg) also finds himself faced with the challenge of upstaging a local boy as he takes on Haipeng Mu. In the 60kg category, Dheeraj will square off against Thailand's Pachanya Longchin.

A total of 226 boxers from nearly 30 countries are competing in this event, aiming to seal berths for the August Olympics in Rio de Janeiro.

The continental qualifiers have 30 Olympic berths on offer for men and six for women. This means that the top three boxers in each category from the men's competition and top two from the women's draw will make the cut for Rio de Janeiro.

The third slot in each of the men's category will be decided via a box-off between the bronze-medallists.