Floyd Mayweather's final defense of his welterweight world titles has been overshadowed by accusations he violated anti-doping rules. 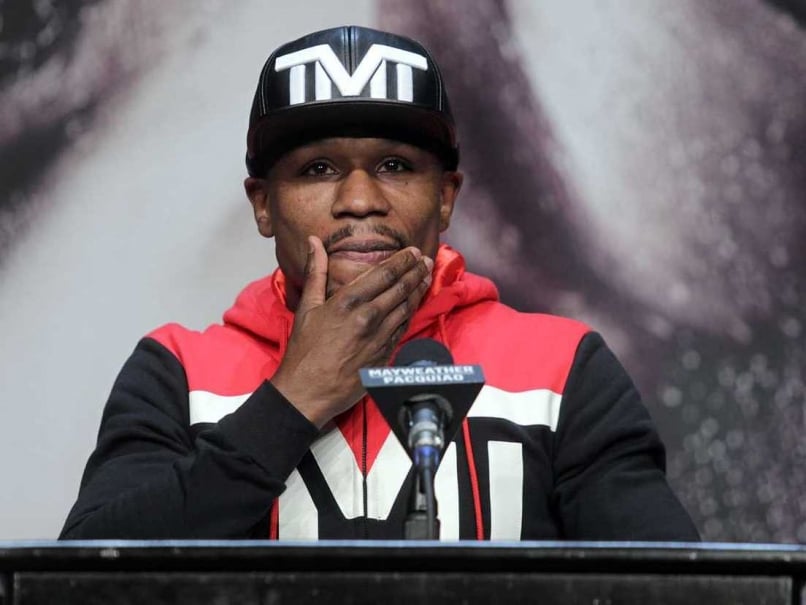 Floyd Mayweather steps into the ring for what he says will be the last time, but the final defense of his welterweight world titles has been overshadowed by accusations he violated anti-doping rules. (Floyd Mayweather Wants to Retire as Best Ever)

The unbeaten pound-for-pound king was forced onto the backfoot Thursday after it emerged that he had received an injection of vitamins and minerals on the eve of his superfight with Manny Pacquiao in May, breaking World Anti-Doping Agency (WADA) regulations. (Mayweather Relaxed About Retirement)

The United States Anti-Doping Agency (USADA) leapt to Mayweather's defense and the man himself said he was "very proud to be a clean athlete."

It is hardly the buildup the American would have wanted for his showdown in Las Vegas against the unheralded Andre Berto, with Mayweather going for the magic 49-0 -- equaling the record of heavyweight legend Rocky Marciano.

Mayweather, 38, the self-styled "TBE" ("The Best Ever") is the heavy favorite for the bout at the MGM Grand -- Berto has lost three of his last six fights.

Mayweather says that he wants to write his name in the history books before he hangs up his gloves -- not that many believe he will really retire and there have been growing rumors of a rematch against Pacquiao.

Mayweather's critics -- and there are plenty of them -- accuse the American of hyping up the quit talk to drum up interest in a fight against Berto that has threatened to become a box-office flop: there were still hundreds of tickets available on Thursday.

The claims of doping will only give Mayweather's critics more ammunition.

Mayweather, the highest-earning sportsman in the world, insists this is it and told reporters in the build-up to the weekend showdown that he would be going for a knockout win -- something he has not done since 2011.

"It's never personal for me, it's always business. Everyone fights for what they fight for. My thing is this: I keep my eyes on the prize. I don't focus on things outside the ring. I focus on the guy in front of me."

He added: "I want my legacy to be of a remarkable fighter inside the ring and a great businessman outside of it."

But there has been a noticable lack of trash-talking between the pair and their press conference was notable for the absence of rancor -- though they attempted to inject a bit with an old-fashioned faceoff.

Mayweather's critics have rubbished the fight -- for which Berto will pocket USD 4 million -- as just another example of him dodging the best opponents in a packed welterweight division where quality is not in short supply simply to embellish his record.

His fans counter that as the best boxer of his generation and one of the best defensively of all time Mayweather has earned the right to pick exactly who he chooses.

The alarmingly slow ticket sales, however, and reportedly poor television pay-per-view orders suggest many have had enough of a man who has never been shy to show off his immense wealth and has spent time in jail for one of a strong of domestic violence incidents.

Mayweather says he is wary of Berto, 32, whose career has stalled in the last three years after shoulder surgery and a failed drugs test. Berto (30-3, 23 KOs) has nothing to lose, says Mayweather.

And despite the widespread criticism leveled at Mayweather for cherry-picking a man whose recent record is poor, Berto -- an American of Haitian heritage -- is not altogether the dud some have made him out to be.

He is a two-time world champion who possesses a big heart, though the doubters fear he has never been the same since surgery.

Berto says he, too, is going for the knockout.

"At the end of the day, I have to be able to take my game to a whole other level. Sometimes you need that opponent to get you to that point, and Floyd is the one," said Berto, eyeing up one of the biggest upsets in boxing history.

"He has a great IQ, but one shot can change it all."