"Champion Of Auschwitz": The Boxer Who Brought Hope

Polish boxer Tadeusz Pietrzykowski fought dozens of matches at Auschwitz, winning all but one or two, thereby scoring special privileges that ensured his and others' survival. 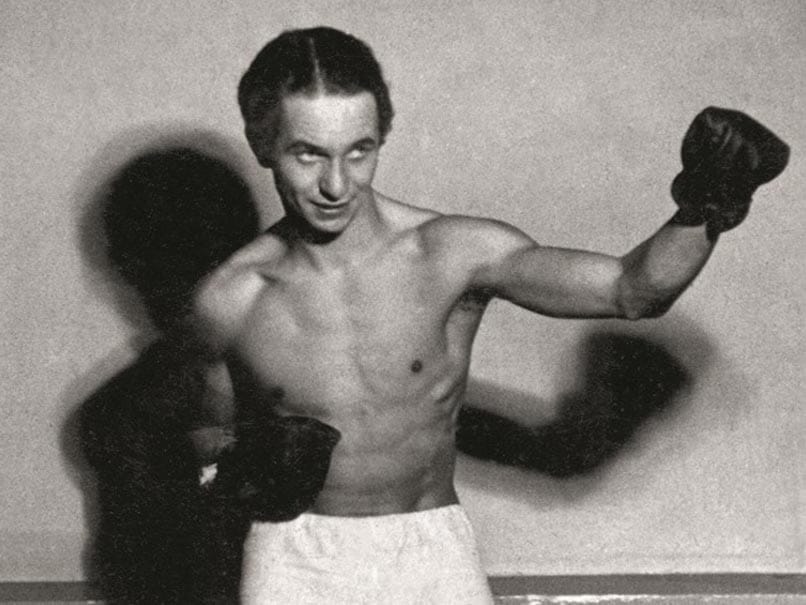 A movie has been made to honour Tadeusz Pietrzykowski.© AFP

Polish boxer Tadeusz Pietrzykowski was known for his ability to dodge blows. Still, the odds were against him when he fought his first bout at the Nazi German death camp Auschwitz. Severely emaciated, Prisoner Number 77 was up against a much heavier German inmate -- a "kapo" who oversaw other prisoners. "From around me I got warnings and gestures that I was crazy: 'He'll kill you, destroy you,'" he said in his official account for the Auschwitz-Birkenau Museum after the war.

"But there was no time to think... There was bread to be won. I was hungry, my friends were hungry," said Pietrzykowski, the pre-war Champion of Warsaw in the bantamweight class.

His courage paid off.

With a successful left jab to the face, the 23-year-old Pietrzykowski drew blood from the kapo, Walter Duening.

The loser chose not to seek revenge for his loss and instead rewarded the boxer nicknamed Teddy with a loaf and some meat.

Pietrzykowski went on to fight dozens of matches at Auschwitz, winning all but one or two, thereby scoring special privileges that ensured his and others' survival.

Little known even in Poland, Teddy's story has inspired a movie, "The Champion of Auschwitz," which recently had its premiere at home and will hit theatres abroad later this year.

"It's an incredible story since very few people know there was boxing at Auschwitz, that there were sporting events," said Piotr Witkowski, the actor who plays Duening in the film.

Pietrzykowski, who was Catholic, was sent to Auschwitz in June 1940 as a political prisoner after being caught trying to reach France to join the Polish army that was forming there.

He was put on the first mass transport to the death camp.

Nearly a year into his internment, he was offered the chance to fight Duening.

The Germans had grown tired of only sparring each other for fun and were looking for other opponents.

"There was cheering from both Poles and the German prisoners. It was an interesting event, something new at Auschwitz. So this bout set off matches between inmates of different nationalities," said Renata Koszyk, curator of a new exhibition on sports at Auschwitz, which runs until March at the museum on the site of the former camp.

"Generally though, sports weren't a widespread phenomenon at Auschwitz. Most inmates were so exhausted from daily work that they couldn't afford to expend extra effort and sometimes didn't even have the strength to walk over to watch," she told AFP.

Those who did catch the boxing matches included Nazi SS officers, who even placed bets on the winner.

Not only was he able to secure an easier work assignment and added calories for himself, he also shared whatever extra food he received, according to testimonials from fellow inmates.

The leeway he enjoyed as a star boxer at the camp enabled him to procure medication for others, pass information and fulfil other assignments for the resistance movement.

"My father lived, fought, and demonstrated this bravery and benevolence for his fellow inmates... and was helped in return too," his daughter Eleonora Szafran told AFP.

When Pietrzykowski was lying sick with typhus at the camp hospital, word spread that the SS officers were planning to select patients to send to the gas chambers.

To save the boxer's life, his friends smuggled him out and hid him.

Szafran's book "Mistrz" ("Champion") has just been published featuring Pietrzykowski's wartime memories -- among them, his assassination attempt against the camp's commandant and horrifying scenes he witnessed of Nazi brutality.

A million Jews died at Auschwitz-Birkenau, along with tens of thousands of others including Catholic Poles, Roma and Soviet prisoners of war, between 1940 and 1945.

"Do the right thing"

Pietrzykowski survived -- both Auschwitz and a couple of other concentration camps -- and tried to restart his boxing career after the war but was foiled by illness.

He went on to become a beloved school gym teacher, pursuing his lifelong passion for painting on the side, and died in 1991 in his seventies.

The actor who portrayed him, Piotr Glowacki, said he hoped moviegoers would be inspired to "have the courage to follow Teddy's example and do the right thing."

"To defend those who are segregated because of their race, nationality, sexual orientation, views... To side with the oppressed," he said.