The 27-year-old former World Champion and Olympic silver medallist was arrested in the early hours following an incident in Russell Street, Bolton, as his alleged victims were returning from a nearby mosque. 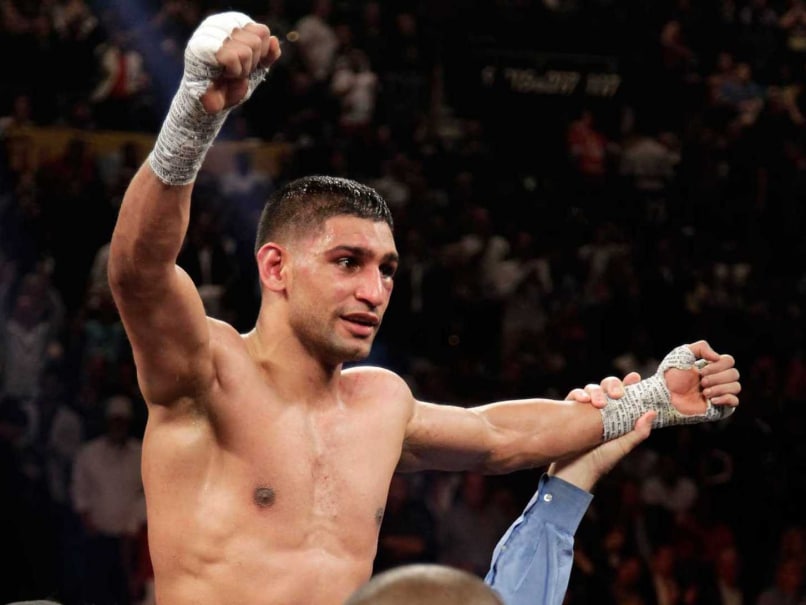 Amir Khan of England celebrates his victory over Luis Collazo of US on May 3, 2014 at The MGM Grand, Las Vegas.© AFP
London:

Pakistani origin British boxer Amir Khan has been arrested after allegedly attacking two teenagers in a street assault in Bolton.

The 27-year-old former World Champion and Olympic silver medallist was arrested in the early hours following an incident in Russell Street, Bolton, as his alleged victims were returning from a nearby mosque.

Police said the two men were hurt but not seriously injured in the incident.

Witnesses said the alleged attack happened after Khan pulled up alongside the group of men in a Mercedes C Class.

One of the alleged victims is believed to have suffered an injury to his cheek and the other to his leg.

One man, who wanted to remain anonymous, claimed: "Amir was saying don't you know who I am, I am AK. We have always looked up to him as a role model with him being a Muslim and successful. It is going to cause tension in the community. He is a world champion, an adult, the people involved are aged 19."

A woman, who also did not want to be named, added: "I could hear a lot of noise and I saw Amir's car. Then I saw him get out of the car. Then he drove off and there was a man on the floor."

The men were allegedly known to Khan, The Telegraph reported.

A spokesman from Tangerine PR, which represents the former World Champion, said: "Amir Khan was arrested on suspicion of common assault in the early hours of Friday July 4. Amir has since been released without charge on bail pending further inquiries. At the stage we are unable to comment further on this matter."

A police spokesman said: "Just before 1.30am on Friday, police were called following reports of an assault in Bolton. Officers attended Russell Street and discovered two 19-year-old men had been assaulted. Their injuries are not serious."

"A 27-year-old man was arrested on suspicion of two section 47 assaults and remains in police custody for questioning."

A North West Ambulance Service spokesman said an ambulance was requested by police but when paramedics arrived nobody wanted treatment.

A spokesman for the light welterweight fighter said he was expecting the case to be dropped.

He added that some reports in the media had seen the incident "blown out of all proportion".

"It was a minor incident and we're expecting the case to be dropped against Amir," the spokesman said.

"We're expecting to formally hear that from police on Monday morning," he added.