The 37-year-old Akhil, however, made it clear that he wasn't against hiring foreign coaches. 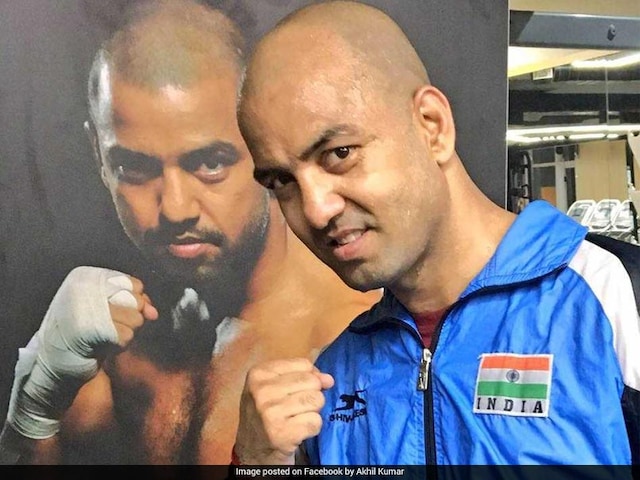 Akhil Kumar was honoured with the Arjuna award in 2005© Facebook

Seasoned boxer Akhil Kumar on Tuesday questioned India's obsession for foreign coaches, a sentiment which was echoed by 2002 Commonwealth Games gold-winning trap shooter Moraad Ali Khan at a function organised to send out good wishes to the contingent for the 2018 Commonwealth Games, starting April 4. The 37-year-old Akhil, however, made it clear that he wasn't against hiring foreign coaches but what worries him is the inferior treatment meted out to domestic coaches. "In India, we have a tendency to run after foreign coaches, without even knowing how qualified or well informed they are about India's sporting culture. We instantly get impressed with their style and language but did we ever ask the athletes about their difficulties in communicating with such coaches," the outspoken 2006 Melbourne CWG gold medallist said at the launch of the 'RangdeTiranga' campaign by the Games' official broadcaster Sony TV.

"I am not against hiring foreign coaches but it should not be at the expense of talent which is your own and which is as good. I have always failed to understand the obsession with white skin, is it to do with our colonial past, I don't know," he added.

Akhil went on to ask why can't the foreign coaches be employed at the grassroots level instead of asking them to manage the seasoned campaigners.

"If the foreign coaches are so good then why are they not employed at the sub-junior level? If they are so good, let them shape youngsters. If I come into the national camp after winning the national title, am I not an almost finished product given to them?" he asked.

Akhil, who was honoured with the Arjuna award in 2005, also stressed the need to employ young coaches instead of persisting with the retired ones who are past their prime.

"Retired coaches who are past their prime are still working on the young athletes. We should encourage young coaches in India. They are the ones who know the system and realities of sport inside out. We shouldn't allow foreign experts to dictate to us," he said.

On being asked about the decision to leave the men's chief coach S.R. Singh and his women's team counterpart Shiv Singh out of the CWG contingent, Akhil saw nothing wrong in that.

"I was asked before the 2010 CWG to coach Indian shooters 'I said I would do it if there is no racist attitude'," Khan recalled.

"Why should a foreign coach be paid more than an Indian coach of the same calibre? Why this discrimination? There is no sound logic for it," he added.