Be Careful What You Wish For: Amir Khan to Vijender Singh 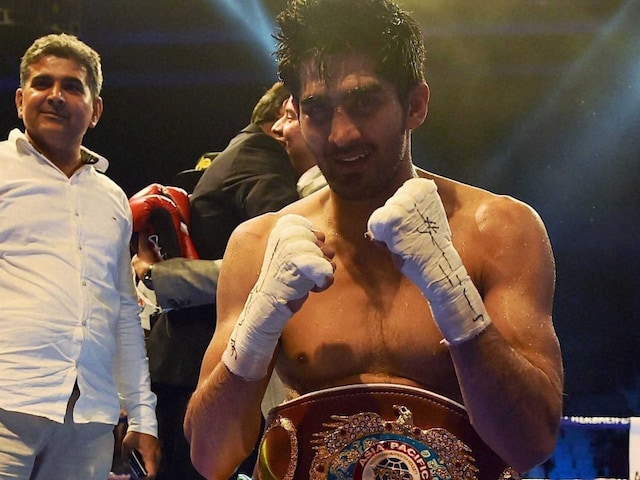 Though the topic of a Vijender Singh vs Amir Khan bout is doing the rounds in social media, the newly crowned WBO Asia Pacific Super Middleweight champion said that might have to wait since the two boxers fight in different categories.

"Be careful what you wish for kid", was British boxing star Amir Khan's response toÂ Vijender SinghÂ and his promoters' proposal of a possible showdown with the Indian in the coming few months.

Congratulating Vijender for winning the WBO Asia Pacific Super Middleweight title on Saturday, Khan also reacted to Vijender and his promoter Queensberry Promotions hinting at a possible face off.

"Congratulations to @boxervijender on the win. Careful what you wish for kid!," tweeted Khan, a former Olympic silver-medallist and WBA lightweight world champion.

The 30-year-old Vijender clinched his seventh straight win and the Super Middleweight title by outlasting former WBC European champion Kerry Hope in a 10-round contest.

"Mine and Amir's weight categories are different. So, in case he increases his weight or I decrease mine then we can work it out. We are thinking about it, so let's wait and watch. I hope that when that big fight happens, it happens in India only," Vijender told NDTV.

Congratulations to @boxervijender on the win. Careful what you wish for kid! https://t.co/HUwvjMeQCL

"If it could happen then it will be great. My next goal is to win a world title."

Khan, who is currently in Dubai, recently tried himself in the middleweight by taking on world champion Saul Canelo Alvarez. However, it ended in disaster for him when he was knocked out in the sixth round.

The Pakistan-origin boxer had expressed a desire to take on Vijender in India before the showdown with Alvarez.