Alarmed Manny Pacquiao Beefs up Security After IS Threat

Manny Pacquiao and his family faces threat of abduction Abu Sayyaf, a gang which support IS, according to Philippines President Benigno Aquino 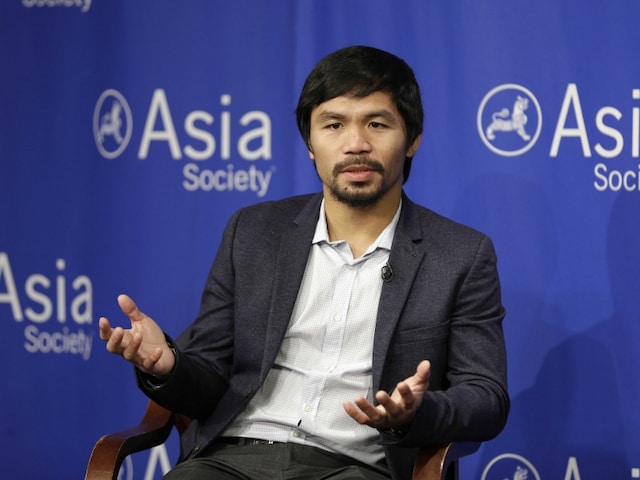 Philippine boxer Manny Pacquiao was shocked on Thursday at President Benigno Aquino's claim that Islamic militants planned to kidnap him, and said the alleged plot shouldn't have been made public.

Aquino released a statement on Wednesday saying Abu Sayyaf, a notorious kidnap-for-ransom gang that has pledged allegiance to the Islamic State group and beheaded a Canadian hostage this week, had planned to abduct Pacquiao or his children. I was alarmed. I'm surprised because all Filipinos are my friends.

I love them, especially Muslims. We've added security for my family and me," he said.