AIBA Appoints Its Vice-President as Observer For Indian Boxing Elections

Indian boxing is aiming an administrative revival with the elections which would put together BFI, a second governing body to take shape in the last four years 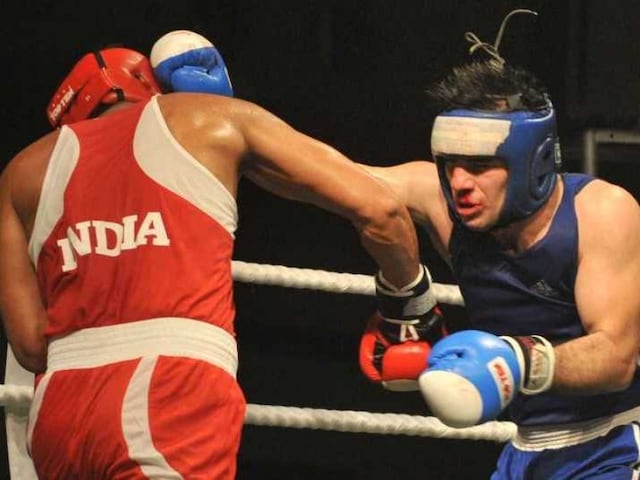 Boxing in India has been hampered by an administrative crisis in recent years. (Representational image)© AFP

The International Boxing Association (AIBA) has deputed its Oceania zone vice-President Edgar Tanner as observer for the much-awaited Boxing Federation of India (BFI) elections set to be held on Sunday in Mumbai.

Tanner, an Australian, will be arriving in Mumbai on Saturday.

"AIBA knows how vital these elections are for India and therefore it has decided to depute no less than a Vice President to oversee the elections. Mr Edgar Tanner will be arriving tomorrow," a top official told PTI.

Indian boxing is aiming an administrative revival with the elections, which would put together BFI, a second governing body to take shape in the last four years.

At the end of deadline for withdrawal of nominations, the race for the President's post has narrowed to just two --Uttarakhand's Ajay Singh and Delhi's Rohit Jain -- after Himachal Pradesh's Rajesh Bhandari and Haryana's Rakesh Thakran withdrew their names.

Thakran, however, remained in fray for the Secretary General's position along with Goa's Lenny D'Gama and Maharashtra's Jay Kowli. Jammu and Kashmir's Nirmolak Singh withdrew from the race.

The sport was originally run by the Indian Amateur Boxing Federation (IABF), which was terminated for manipulation in elections conducted in 2012.

The next body to take charge was Boxing India, in 2014, but it could not stay in office for even a year and was dissolved following a revolt by the state units.

The bickering officialdom has hurt the sport grievously with boxers denied crucial foreign exposure in the last four years.

Only three men qualified for the Olympics in Rio, failing to win any medal, while none of the women boxers could even make the cut for the showpiece.

The application seeking ex-parte stay of the September 25 election to the BFI executive committee was mentioned before a bench of justices Indira Bannerjee and V K Rao which refused to list it today saying there was no urgency and the matter would come up in due course.

The urgent application was moved by IABF President Abhishek Matoria contending that "irreparable harm and injury" will be caused if the polls were held on September 25 at Mumbai.

With no relief coming to Matoria, the elections would go as per schedule and pave the way for ending a four-year-old administrative logjam in Indian boxing body, that has virtually derailed the sport's progress in the country.