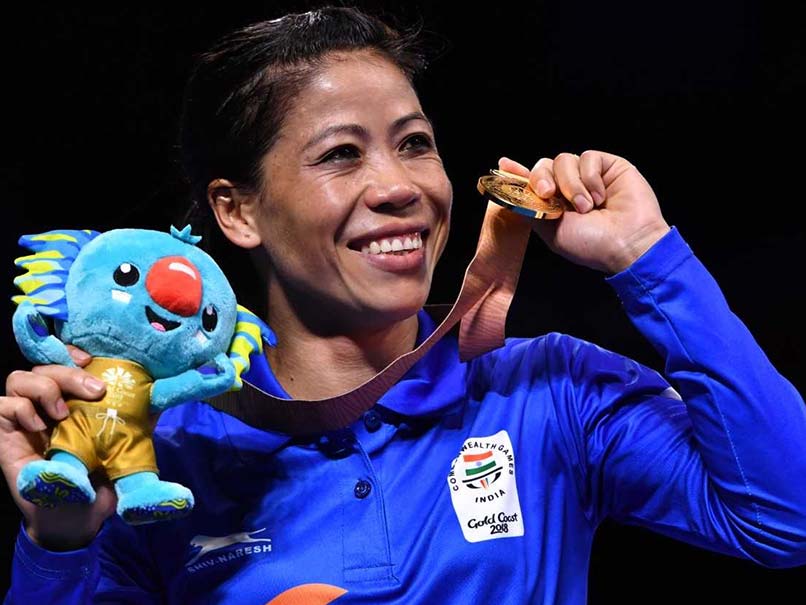 Five-time world champion M.C. Mary Kom has decided to opt out of the Indian boxing squad for the 2018 Asian Games, which was announced here on Friday. Instead of Mary, fellow Manipur star Sarjubala Devi will represent India in the women's 51 kilogram category at the Asiad. "Sarjubala Devi defeated Pinki Rani in the selection trial to take the final spot in the squad. Both the boxers had earned equal points and share of wins in the last two months and the trial was organised to finalize the last name in the squad," the Boxing Federation of India (BFI) said in a statement on Friday. "Sarjubala Devi dominated in the trial match and won with rather ease to log in her name on the Asian Games roster."

When contacted by IANS, Mary stated that she is concentrating on winning gold in the 48kg division at the World Championships to be held here in November.

"I opted out myself because there is is no 48 kilogram category at the Asian Games. Right now I am focussed on winning gold at the World Championships in that weight category," Mary told IANS.

"Also, I have won medals at the Asian Games which include a gold and bronze in the 51kg event. Now I want to give a chance to the upcoming youngsters," she added.

Replying to query by IANS, the stressed that the five-time world champion is not in the squad since her preferred weight category is not included at the Asiad.

"She is not excluded. The Asian Games has only three weight categories in women's boxing (51kg, 57kg and 60kg) where respective players will represent India," the BFI said.

Among the men's Vikas Krishan (75kg) who has previously won a gold and bronze at the 2010 and 2014 Asian Games respectively, will spearhead the Indian challenge.

Reigning Commonwealth Games (CWG) champion Gaurav Solanki (52 Kg), who recently won gold at the Chemistry Cup. also made the cut and will look to emulate his CWG run at the Asian Games.

CWG bronze medallist Mohammad Hussamuddin (56kg) and silver medallist, Amit Panghal (49kg) have also been named in the squad and will hope to shine on their debut at the continental event.

Former CWG champion Manoj Kumar (69Kg), who has struggled with his form over the past several months, will aim to prove himself once again.

Providing depth to the squad will be World Championship bronze medallist Shiva Thapa, who will make his return to the squad after missing out on the Commonwealth Games.

"In the trial held at the Indira Gandhi Stadium on Friday, CWG silver medallist Manish Kaushik felt short as tThapa stamped his position in the squad," the BFI statement said.

"Kaushik in the past has twice won against Shiva, but the experienced boxer from Assam looked determined and left the Army pugilist reeling in the middle of the squared ring to earn his berth for the Asiad."

In the trials for the 64kg weight category, Army boxer Dheeraj defeated Rohit Tokas to book his place in the national squad. Dheeraj is in good form at present and had taken bronze at the 2018 Chemistry Cup.

"In order to keep the selection process transparent, BFI had taken into account performances of all the pugilists from January 2018 with the CWG holding the utmost importance along with performances in the series of international exposure trips that were conducted in the last month alone for the men and women boxers. Along with their international performances the selection committee also accounted their performance in camp, physical status and injury history while finalising the final names," the federation said.

The 2018 Asian Games will be held in Indonesia from August 18 to September 1, with the boxing events starting on August 24.

Comments
Topics mentioned in this article
Mary Kom Boxing
Get the latest updates on IND vs NZ 2021, check out the Schedule and Live Score . Like us on Facebook or follow us on Twitter for more sports updates. You can also download the NDTV Cricket app for Android or iOS.