Top-ranked Tai Tzu-ying pushed through a challenging second set to clinch a 21-8, 23-21 victory against Denmark's Mia Blichfeldt and move into the finals of Thailand Open. 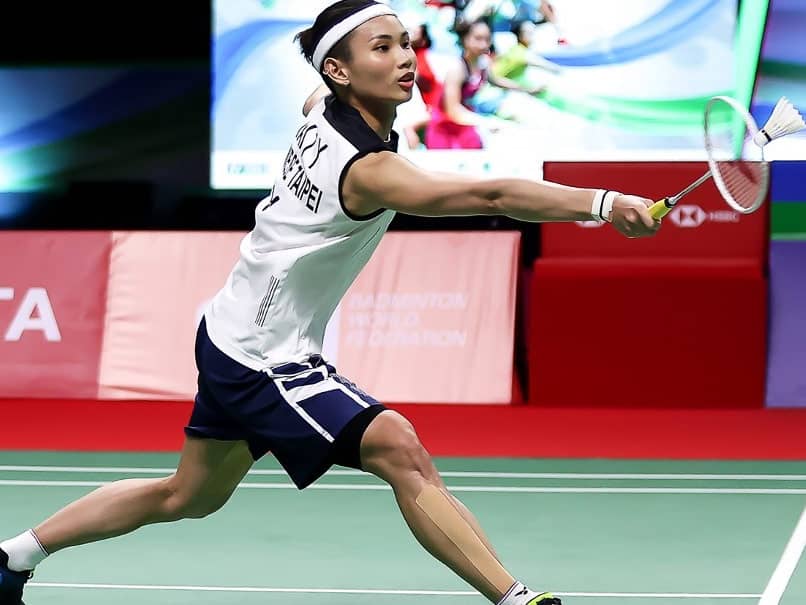 Top-ranked Tai Tzu-ying pushed through a challenging second set to clinch a 21-8, 23-21 victory against Denmark's Mia Blichfeldt and move into the finals of badminton's Thailand Open. The Taiwanese player made a strong start, but Blichfeldt's strong defence caused her problems. "In the second game, the speed of the shuttle was different down that end and I had to adapt to that," said Tai.

She said she would need to bring her A-game on Sunday when she faces Spain's Carolina Marin, a former world number one, in the final.

"I didn't feel any negative situation for myself, and I think if I play like this, I'm so ready for tomorrow," she said

Meanwhile, seven-seeded Angus Long of Hong Kong started off slow against Taiwan's Chou Tien-chen, ranked second in the world in men's singles, but won in a 17-21, 21-18, 21-15 upset.

Chou said he "lost control" by the third set. "I made some easy mistakes and that made me lose the second game. I just didn't feel in control."

The Thailand Open is the first of three consecutive tournaments in Bangkok culminating in the World Tour Finals from January 27.

Flown in a week before the start for quarantine and testing, the players are facing off in a bio-secure "bubble", with no spectators allowed.

The tournament has been overshadowed by the positive cases for Egyptian mixed doubles player Adham Hatem Elgamal, a German coach and a French staff member.

Elgamal, who had to drop out on the first day and was moved to a hospital, took to Instagram on Saturday to raise doubts about his initial test results.

He told AFP that since arriving at the hospital, subsequent tests had shown negative results.

"They made a mistake, and I am paying for this mistake because I missed the tournament, and I am ok with this but I want to go back to Egypt," Elgamal told AFP.

"Why am I not allowed to go back if I am OK and I tested negative?"

But doctor Piyaja Nagavajara insisted Elgamal had tested positive on the PCR test, which is the highest standard.

A subsequent antibody test indicated a "recent infection" and a chest x-ray led a team of doctors to conclude that a "viral infection went to his lungs".

"I think the problem is a miscommunication or maybe we don't have an effective translator," Piyaja told AFP.

Comments
Topics mentioned in this article
Badminton
Get the latest updates on India vs England Series, India vs England , live score and IPL 2021 Auction . Like us on Facebook or follow us on Twitter for more sports updates. You can also download the NDTV Cricket app for Android or iOS.