Praneeth got the better of Thailand's Kantaphon Wangcharoen 21-13, 21-13 in 44 minutes in the first round. 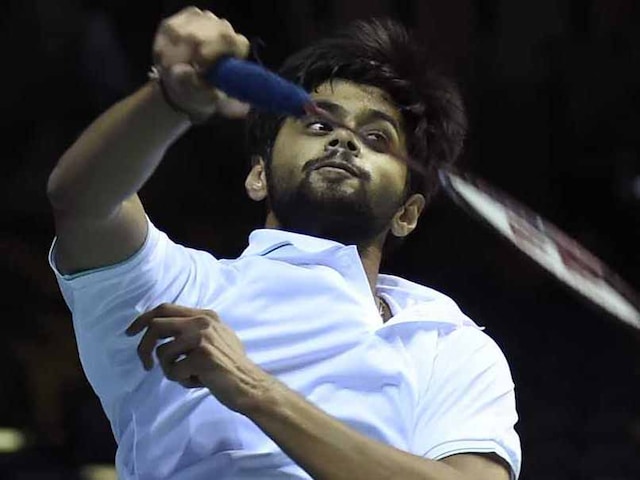 Indian shuttler Sai Praneeth and the women's doubles duo of Ashwini Ponnappa and N Sikki Reddy advanced to the pre-quarterfinals of the USD 120,000 Malaysia Masters Grand Prix Gold badminton tournament on Wednesday. Praneeth got the better of Thailand's Kantaphon Wangcharoen 21-13, 21-13 in 44 minutes in the first round. Ashwini-Sikki took only 25 minutes to ease past Germany's Johanna Goliszewski and Lara Kaepplein 21-15, 21-12. In the men's singles category, Danish reignging world champion Viktor Axelsen became the sole survivor among the top players as China's Lin Dan, Chen Long, South Korea's Son Wan- ho and Malaysian veteran Lee Chong Wei were eliminated in the first round.

With the Premier Badminton League coming to an end last Sunday, Indian shuttlers, including P Kashyap and B Sai Praneeth, decided to take part in the Malaysia Masters, which is one of the seven BWF World Tour Super 500 event. However, it was a dismal start to the international calender for most Indians as they failed to cross the opening hurdle on Tuesday.

Comments
Topics mentioned in this article
B. Sai Praneeth Ashwini Ponnappa Badminton
Get the latest Cricket news, check out the India cricket schedule, Cricket live score . Like us on Facebook or follow us on Twitter for more sports updates. You can also download the NDTV Cricket app for Android or iOS.