Mathias Boe had trained Indian doubles players, including Satwiksairaj Rankireddy and Chirag Shetty, ahead of the Tokyo Olympics. 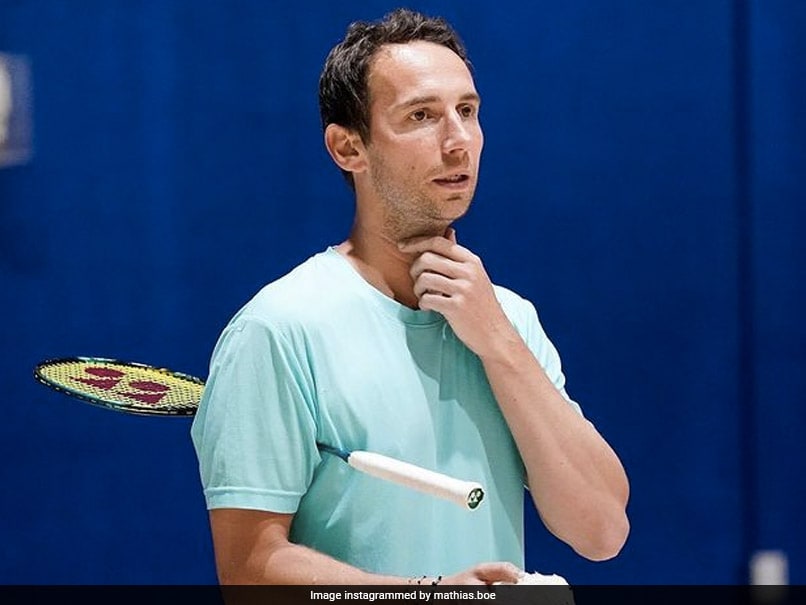 Danish legend Mathias Boe is likely to return for a second stint as the doubles coach of the Indian badminton team after Malaysia's Tan Kim Her declined the offer despite the Sports Ministry approving his appointment. Boe, a London Olympics silver-medallist and former world No. 1 doubles player, had trained the Indian doubles players, including Satwiksairaj Rankireddy and Chirag Shetty, ahead of the Tokyo Olympics. "We were very keen to get Tan Kim Her and also had got the approval of SAI and ministry but then he refused to accept the offer. So he is not coming as of now," Badminton Association of India (BAI) secretary general Sanjay Mishra told PTI.

"We are currently in discussion with Mathias Boe. He has the experience of training our players and had done well with Satwik and Chirag. Nothing is finalised yet but we are trying to get his services at least till the Asian Games if not beyond."

Boe had wanted to continue coaching the Indian doubles players after the Tokyo Olympics but not on a full time basis, something which was not acceptable to the federation.

BAI then got the approval of the ministry to appoint Tan Kim Her for a five year period till the 2026 Asian Games but the Malaysian refused to return for a second stint due to personal reasons.

It was under Boe's guidance that Satwik and Chirag won two of the three matches in their group at the Tokyo Olympics but couldn't make it to the knockout stage following a dramatic three-way tie for the two qualifying spots, which was decided on the basis of games won and lost.

Satwik and Chirag are currently in Mumbai for a week-long training stint with Boe to rectify the errors which has crept into their game, affecting their performance in the last few months.

"We have been playing well but somehow we have lost some close games despite being in good position. We were not able to identify where we were going wrong," Satwik said.

"So since Boe is here, we thought to use the opportunity to train with him for a week ahead of Asian Championships. The thing with him is he is very good in analysing the game and telling us exactly how to work on the mistakes. Hope it will help us in ABC and Thomas Cup."

While the BAI is close to sealing the position of doubles coach, it will take some time to fill the position of the Indian men's singles coach, which has been left vacant after the sudden departure of Indonesia's Agus Dwi Santoso in November last year.

"It is an important year with major events lined up, so difficult to find someone as most of the coaches are not too keen to make a change at this juncture. But we are in the process and hopefully we will get a good coach for the singles players," Mishra said.

Mishra, who was India's junior coach earlier, said the emphasis from now on will be to empower Indian coaches.

"I feel the emphasis from now on will be to appoint more Indian coaches, empower them, pay them remuneration at par with the foreign recruits. It is important for the development of the sports in the country."

Last December, the BAI had extended the contracts of the coaching staff, including Indonesia's Dwi Kristiawan, with big-ticket events like Commonwealth Games and Asian Games lined up.

Kristiawan, who was brought in 2011, Muhammad Miftak, Heri Setiawan, Ade Kurniawan and Eska Riffan Jaya, who helps the players in sparring, were handed an extension till September 30 this year.