B. Sai Praneeth ousted the three-time champion Lee Chong Wei 24-22, 22-20 in the first round of the All-England Championship. 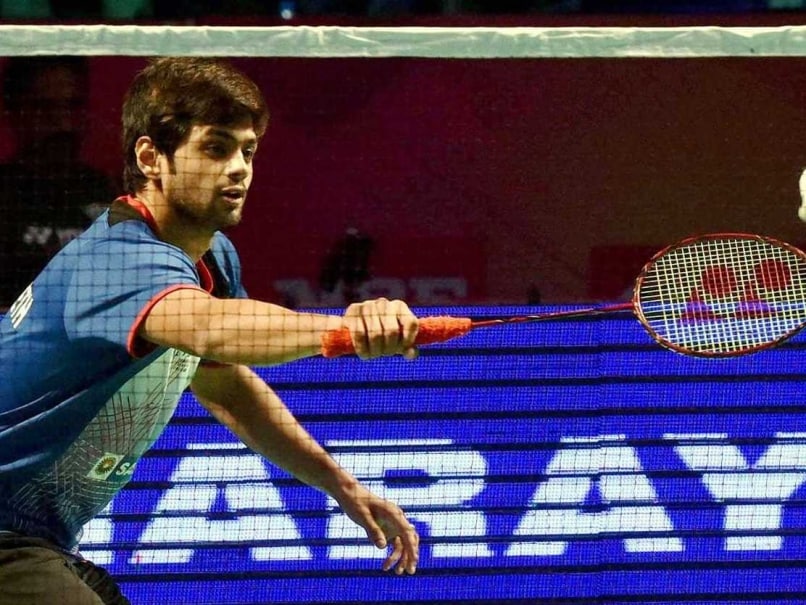 B. Sai Praneeth was promoted from qualifying late after teammate and Commonwealth champion Parupalli Kashyap withdrew with an injured knee.© PTI
Birmingham:

B. Sai Praneeth was promoted from qualifying late after teammate and Commonwealth champion Parupalli Kashyap withdrew with an injured knee.

Three-time champion Lee Chong Wei was upset in the first round of the badminton All-England Championships on Wednesday. (Ajay Jayaram, HS Prannoy Knocked Out)

Just when the round seemed set to finish virtually incident-free, the last match of an 11-hour day stunned the remaining fans, as B. Sai Praneeth of India, who lost all four previous meetings with Lee, ousted the second-seeded Malaysian 24-22, 22-20 in what he called his "greatest victory ever."

The defeat ended Lee's 21-match winning streak, which included titles in France, China, Hong Kong, and Malaysia since October. They helped him rebound quicker than even he expected from an eight-month doping suspension last year, and rise in the rankings from 182 to 2.

Praneeth was promoted from qualifying late after teammate and Commonwealth champion Parupalli Kashyap withdrew with an injured knee.

He came from 15-7 down to tie the first game. Lee was first to game point but Praneeth got him on his third game point. In the second game, Lee led 16-10 then 17-12, but Praneeth tied him at 19, rubbed out a game point for Lee, and won the last three points.

Lee's exit opened up the bottom half of the draw. The top half was top heavy with top-ranked Chen Long, the defending champion, Chinese teammate and five-time champ Lin Dan, and third-seeded Jan O Jorgensen of Denmark, all of whom won their openers in straight sets.

Chou, a quarter-finalist last year, beat Sugiarto just last month in the Asia team championships, and was coming off a run to the German Open final last week. But he looked tired against Sugiarto.

In the women's event, Carolina Marin's title defense almost tripped up in the first round. The Spaniard won her first meeting with Bae Yeon-ju of South Korea 25-23, 20-22, 21-15, but it was a struggle all the way.

Marin took more than an hour to secure the win. She missed two game points at 20-18 in the first before winning that 25-23, led 20-18 again with two match points in the second but couldn't clinch it, and finally pulled away from 12-12 in the third.

She knows what to expect in her next match, as she has a 3-0 record against Maria Febe Kusumastuti of Indonesia.

None of the other seeded players dropped a game, including No. 2 Saina Nehwal of India, the runner-up last year, and No. 3 and Olympic champion Li Xuerui of China.