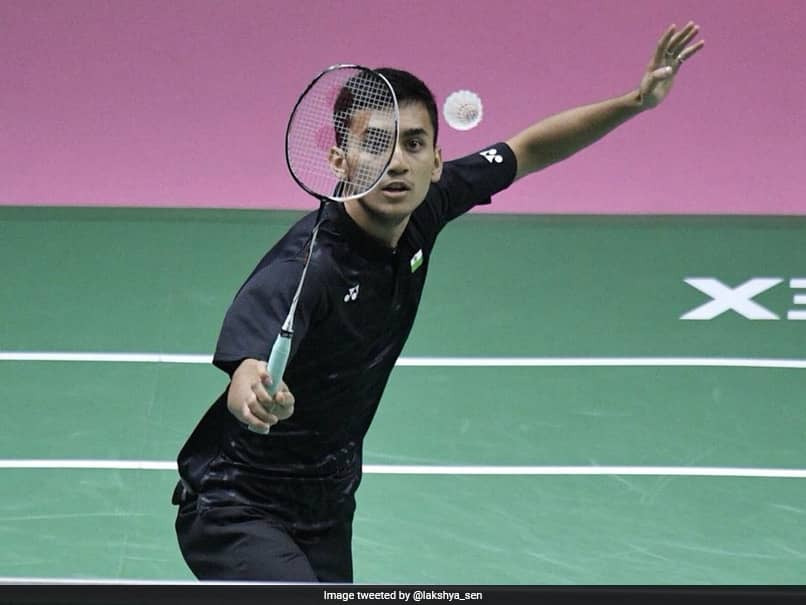 Lakshya Sen's stunning win over Asian Games champion Jonatan Christie went in vain as the Indian men's badminton team went down fighting 2-3 to two-time defending champions Indonesia in the semifinals to settle for a bronze at the Asia Team Championships on Saturday. World No. 31 Lakshya dished out a clinical performance to notch up a sensational 21-18 22-20 win over world no. 7 Jonatan in the second singles to keep India in the hunt after B Sai Praneeth retired following a 6-21 thrashing by Anthony Ginting in the opening game of the first singles.

Doubles pair of M R Arjun and Dhruv Kapila then played their heart out before going down narrowly 10-21 21-14 21-23 to three-time world champions and second-ranked Mohammad Ahsan and Hendra Setiawan as Indonesia made it 2-1.

In the deciding second doubles, Chirag Shetty paired up with Lakshya but they were no match for the world no. 1 combination of Marcus Fernaldi Gideon and Kevin Sanjaya Sukamuljo, who took just 24 minutes to register a 21-6 21-13 win and seal their place in the finals.

Indian men thus settled for their second bronze medal, having won the first one at the 2016 Hyderabad edition.

Earlier, the 18-year-old Lakshya, who had a stellar run in 2019 with five titles, showed his prowess during his straight-game win over Jonatan, who is one of the top medal contenders at the Olympic Games.

In his first meeting with the Indonesia star, Lakshya matched his senior pro in all departments of the game.

The Indian erased a 2-4 deficit and enjoyed a three-point lead at the break when his opponent hit long.

Lakshya kept moving ahead and gained a game point when he pushed the shuttle to the forehand corner.

Jonatan saved two game points before sending one out again as Lakshya earned the bragging rights.

In the second game, Jonatan eked out a 3-1 lead early on but Lakshya came back strongly to take a 7-5 advantage before managing 11-9 at the interval.

The Indian jumped to a healthy 19-15 lead at one stage but Jonatan clawed his way back with four straight points.

The Indian grabbed a match point when Jonatan hit long again and even though the Indonesia saved one, he stumbled upon two more unforced errors to hand over the match to the Lakshya.