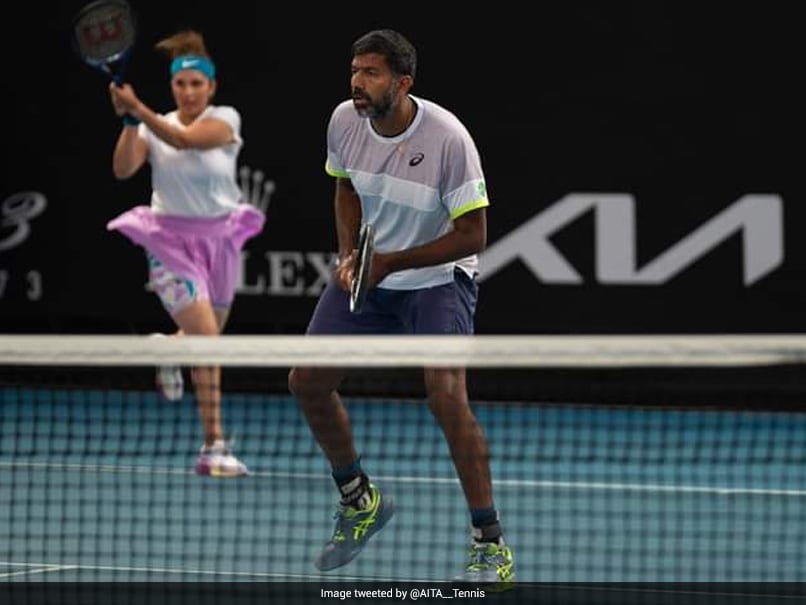 Austaralian Open, Mixed Doubles Semi-Final Highlights: India's Sania Mirza and Rohan Bopanna on Wednesday reached the final of the Australian Open mixed-doubles event. The Indian pair outclassed the third-seeded pair of Great Britain's Neal Skupski and USA's Desirae Krawczyk 7-6, 6-7 (10-6) in the semi-final. Earlier, the Indian pair reached the semi-finals after receiving a walkover in their quarter-final match against Latvian and Spanish pair of Jelena Ostapenko and David Vega Hernandez. Earlier, they had defeated the Uruguayan and Japanese pair of Ariel Behar and Makato Ninomiya 6-4, 7-6 (11-9) on Court 7 to make it into the last 8. Ahead of the start of the tournament, Sania had already announced that this would be her final Grand Slam. Having qualified for the semi-finals, the ace Indian tennis star would be dreaming to go all the way and add another Grand Slam title to her name.

Get alerts for live updates
Turn on notifications to receive alerts as stories develop in real-time. You can manage alerts in your app's settings.

Prime Minister Narendra Modi Receives Lionel Messi Jersey As Gift
Comments
Topics mentioned in this article
Live Blogs Sania Mirza Rohan Bopanna Neal Skupski Australian Open 2023 Tennis
Get the latest updates on IPL Auction 2023 and check out  IPL 2023 and Live Cricket Score. Like us on Facebook or follow us on Twitter for more sports updates. You can also download the NDTV Cricket app for Android or iOS.