Nita Ambani said that the Indian Cricket Team has inspired the whole country with their historic win against Australia in Brisbane. 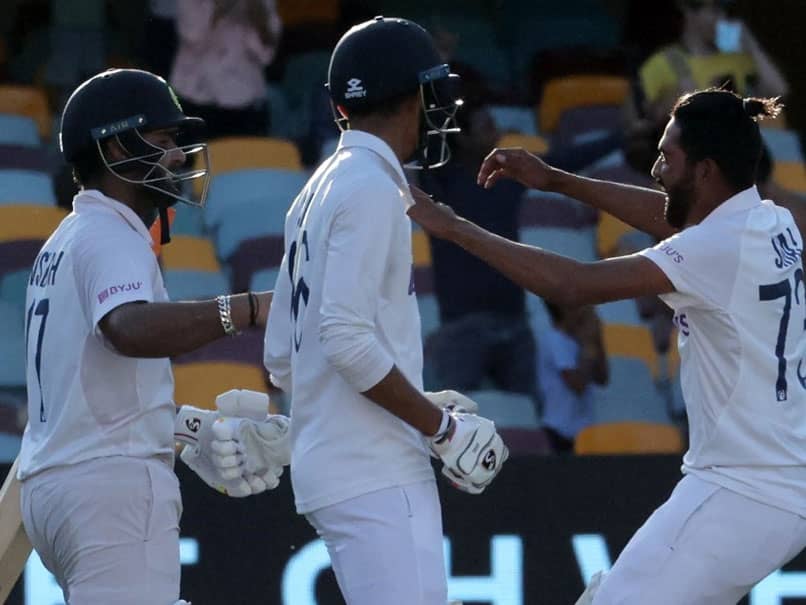 AUS vs IND: India beat Australia by three wickets at the Gabba to win the series 2-1.© AFP

Nita Ambani, Founder and Chairperson, Reliance Foundation and owner of IPL franchise Mumbai Indians on Tuesday congratulated the Indian cricket team for winning the Border-Gavaskar Trophy against Australia. On Tuesday, Australia's fortress -- The Gabba -- was finally breached. It took 32 years and two months, but the unthinkable was achieved as an injury-ravaged young Indian team beat Australia by three wickets against all odds to take the series 2-1. "Congratulations to the Indian team on such a historic victory," Nita Ambani, the owner of IPL franchise Mumbai Indians said in an official release.

"Each one of you have shown self-belief, determination and fearlessness in this magnificent series win. Courageous, Unstoppable & Resilient. This is our Young India - the New India. As a proud Indian, I applaud YOU for inspiring the whole nation,"  she said.

The last time a visiting team came out triumphant from the Brisbane Cricket Ground was back in November 1988 when the mighty West Indian outfit under the leadership of Viv Richards thrashed Allan Border's team by 9 wickets.

Virat Kohli had also returned home after the first Test as he along with wife Anushka Sharma were expecting the birth of their first child. Kohli announced that they have been blessed with a baby girl on the very day when the Indian team played out of its skin to draw the third Test at the Sydney Cricket Ground.

In the first Test against Australia, India was bundled out for 36 and there were many pundits who said the visiting team will face a 4-0 drubbing. But proving every critic wrong, the Ajinkya Rahane-led side registered famous victories at Melbourne and Brisbane.

The side also recorded a famous draw at Sydney and at every step of the way, this line-up overcame adversity.

India Cricket Team Australia vs India, 4th Test Cricket
Get the latest updates on IPL 2021, IPL Points Table , IPL Schedule 2021 , live score . Like us on Facebook or follow us on Twitter for more sports updates. You can also download the NDTV Cricket app for Android or iOS.