David Rudisha clocked one minute 44.78 seconds in holding off Luke Mathews (1:45.16) at the IAAF World International Challenge meet in Melbourne. 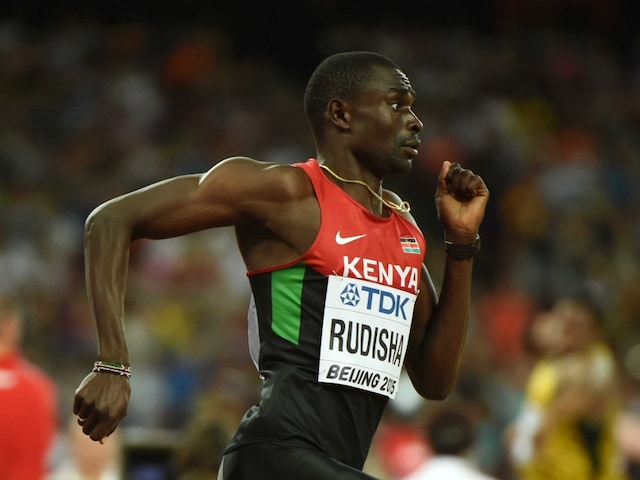 David Rudisha set an amazing world record of 1:40.91, when winning gold in the London Games in 2012.© AFP
Melbourne:

Olympic champion David Rudisha was pushed by Australian Luke Mathews in his first competitive run of the season in the 800 metres at the IAAF World International Challenge meet in Melbourne on Saturday. (Read More in Athletics)

The 27-year-old Kenyan star clocked one minute 44.78 seconds in holding off fast-finishing 20-year-old Mathews (1:45.16) as he began the buildup to his Olympic title defence in Rio de Janeiro in August.

It was Rudisha's first track race since reclaiming his world title in Beijing in August.

"So I was happy to start with that."

The Kenyan has made the Melbourne meeting the regular benchmark of his early-season fitness, kicking off his season in Australia in five of the past seven years.

The Kenyan will now return home to prepare for the Diamond League 800m race in Shanghai on May 14 as he prepares to try to join an exclusive group to have defended Olympic gold medals.