Tough to Pick a Winner, Says Alessandro Del Piero Ahead of the ISL Final

Iconic Italian superstar Alessandro Del Piero may not have been able to take Delhi Dynamos to the business end of Indian Super League. He however tells NDTV that picking a favourite between Atletico de Kolkata and Kerala Blasters in the final is extremely tough as both teams have their own strengths and weaknesses. 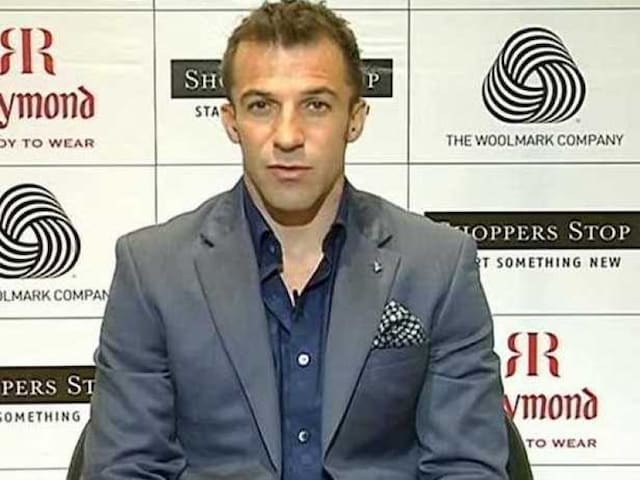 The finals of the inaugural edition of the Indian Super League is set to take place on Saturday with Kerala Blaster taking on Atletico De Kolkata. But Alessandro Del Piero, the marquee player of Delhi Dynamos is finding it tough to pick a winner. "I really don't know honestly who is the favourite. Because we have in front of us two completely different teams. Kerala is very instinctive, they have heart and passion. Kolkata on the other hand is very tactical, using their minds and brains to the fullest", he told NDTV

The ISL has been a big hit with the Indian audiences with average crowd attendance recorded at 24 thousand per game. This makes it the 4th most popular league in the world only behind the English Premier League, Spain's La Liga and the German Bundesliga. But the popularity of a football league in cricket mad India doesn't surprise Del Peiro, who says "Football is a world sport. It's very easy to play. Now with social media especially, all the media around that, you can watch every single championship around the world. That's why I'm not surprised. What the ISL did is bring the marquee players, big names and at the same time Bollywood stars, sports legends. It's a very smart idea. Keep it all together and it's a smart decision."

The 2006 World Cup winner with Italy has also been impressed with the Indian talent on display during the ISL. Speaking exclusively to NDTV he said "Yes, a lot of players have improved game by game. I want to mention my teammates from Delhi because I spent a great time with them. They improved a lot, they did a great job. They want to learn everyday, they ask me something to do more, something new"

The 2006 World Cup winner with Italy, Del Piero became the most expensive player of the league when Delhi Dynamos paid an astounding Rs 11 Crore to secure his services. But the 35 year old striker had an average season scoring 1 goal in 10 appearances. So will he return next season to attend to some unfinished business? "Yeah, it's an option, it's an opportunity. I spent a great time here. We will have a chat in the future for sure. We will see which is the best solution for me, best solution for Delhi or for other teams, for ISL" said the Italian legend before signing off.

Comments
Topics mentioned in this article
Atletico de Kolkata Kerala Blasters FC Alessandro Del Piero Indian Super League Football
Get the latest Cricket news, check out the India cricket schedule, Cricket live score . Like us on Facebook or follow us on Twitter for more sports updates. You can also download the NDTV Cricket app for Android or iOS.