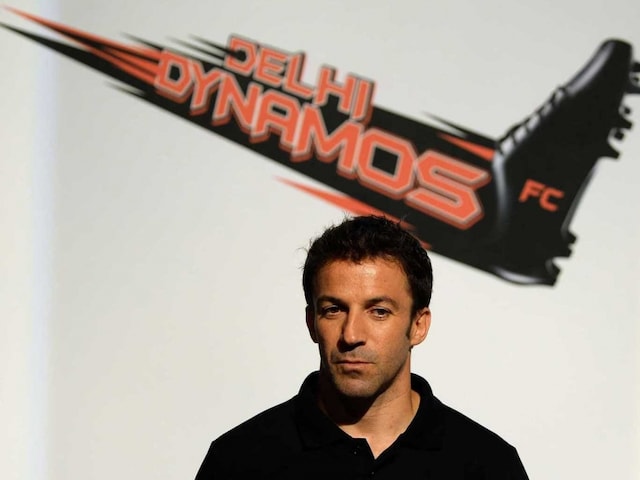 Alessandro Del Piero is gearing up for his first game of the Indian Super League.© AFP
New Delhi:

A sell-out crowd is expected to be in attendance at the Jawaharlal Nehru stadium as Delhi Dynamos host FC Pune City in the Indian Super League (ISL) here on Tuesday.

According to officials of the home team, if the first two games of ISL had witnessed packed houses in Kolkata and Guwahati, the third one will be no different as tickets for the match are sold out.

"All tickets are sold out and we are expecting a capacity house at the 60,000 seater stadium," A Delhi Dynamos official said. (I Will Fight Till the End for My Team, Says Del Piero)

Sources close to Dynamos claimed that the sales picked up in the last few days with a lot of people buying tickets till Tuesday afternoon.

It will be a reunion of sorts for the cynosure of all eyes Alessandro Del Piero and David Trezeguet as Delhi gear up to host the star-studded ISL with Dynamos taking on FC Pune City.

Del Piero, the Juventus legend and a World Cup winner with Italy, will be leading the Dynamos against a team that will be spearheaded by Frenchman Trezeguet, who had won world football's silverware in 1998.

Comments
Topics mentioned in this article
Indian Super League Alessandro Del Piero Football
Get the latest Cricket news, check out the India cricket schedule, Cricket live score . Like us on Facebook or follow us on Twitter for more sports updates. You can also download the NDTV Cricket app for Android or iOS.