ISL: Sahal Abdul Samad scored in the 38th-minute as Kerala Blasters defeated Jamshedpur FC 1-0 in the first leg of their semifinal. 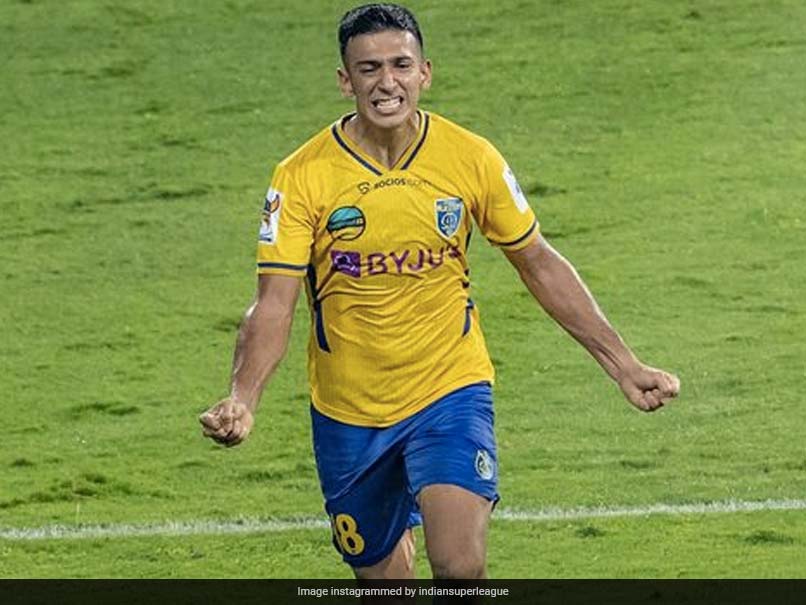 Kerala Blasters inched closer to a place in the final with a 1-0 victory over Jamshedpur FC courtesy of a Sahal Abdul Samad goal in the first leg of the Indian Super League semifinal, on Friday. Sahal scored in the 38th minute to hand Kerala the lead and it could have been 2-0 for the yellow shirts had Adrian Luna's knuckleball free-kick not ricocheted off the woodwork. Kerala's defence was rock-solid too, withstanding the initial threat from Jamshedpur with Marko Leskovic leading from the front.

The second leg, on Thursday, will be the decider but Kerala will go into the tie with an advantage.

Jamshedpur started on the front foot with Chima missing a golden opportunity to draw first blood early on from close after Pronay Halder headed down a freekick from deep inside their own half only for the in-form Nigerian to fire a volley wide.

Chima got another chance to atone for his mistake, this time Halder doing well again to win the ball from Puitea and set the Nigerian up but the seasoned striker shot wide after beating his marker.

Meanwhile, it was heartbreak for Seiminlen Doungel as he picked up an injury and had to be replaced with birthday boy Mobashir Rahman.

Mobashir was in the thick of things almost immediately, finding the near post from a Stewart free-kick that was right off the training ground, outfoxing Kerala shirts with a cheeky layoff for an unmarked Mobashir to cross from the right flank but he decided to try his luck himself, to no avail in the end.

For Kerala, Leskovic was on top of his game, keeping the defence tight and also making some crucial interceptions as Jamshedpur kept attacking with venom before Kerala scored against the run of play.

Alvaro Vazquez once again underlined his class and silken skill to first spot Sahal making a run and then play a delightful ball over the top to him which Ricky Lallawmawma tried to clear but instead made it easier for Sahal to collect the ball and dink it over an advancing Rehenesh.

The second half got off to a slow start before Adrian Luna's free-kick came off the inside of the post after T P Rehenesh got a glove to it just a minute before the hour-mark.

At the other end, Ritwik Das -- who scored the winner against ATK Mohun Bagan to help Jamshedpur win the League Shield -- sent an effort over the bar after Stewart and substitute Jordan Murray combined well in the final third.

Jamshedpur FC Indian Super League Football
Get the latest updates on Fifa Worldcup 2022 and check out  Fifa World Cup Schedule, Stats and Live Cricket Score. Like us on Facebook or follow us on Twitter for more sports updates. You can also download the NDTV Cricket app for Android or iOS.