Pune City lost 0-4 against Goa in their penultimate clash but their impressive performances earlier in the season means they don't have to wait for the final league clash to secure a point for a place in the play-offs. 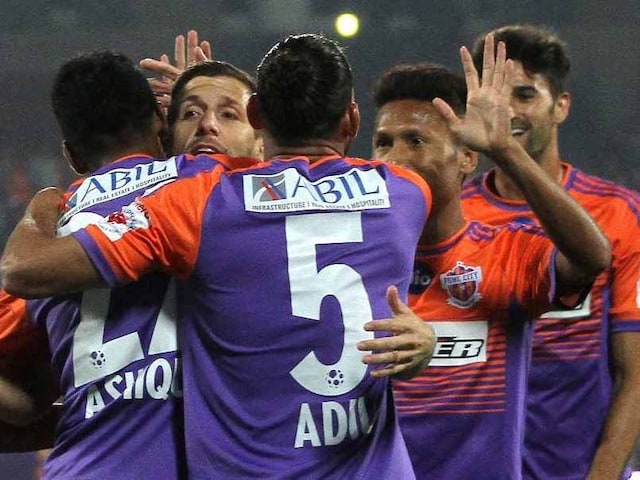 FC Pune City have confirmed their place in the semi-finals of the Indian Super League despite suffering their worst defeat of the season at the hands of FC Goa at Shree Shiv Chhatrapati Sports Complex Stadium, Pune, on Sunday. Pune City lost 0-4 against Goa in their penultimate clash but their impressive performances earlier in the season means they don't have to wait for the final league clash to secure a point for a place in the play-offs. They will finish in the top four, regardless of other results, and the achievement of breaking into the top four for the first time since the ISL was launched in 2014 will surely delight the club.

"As a club, this was our first hurdle to clear; to reach the playoffs. The entire team has worked consistently towards the same goal and this spot is a result of the hard work put in by everyone and anyone involved with the club. But this isn't the end of our work, rather it's the beginning and we hope to take a step at a time to reach our ultimate goal," said Pune City coach Ranko Popovic.

Pune City are placed second on the ISL points table with 29 points and even if they get stranded on 29 points at the end of the league stage, they will finish among the top four.

There is a possibility that four teams can finish their league engagements with 29 points; if Pune lose against Delhi; Chennai lose against Mumbai, Jamshedpur win against Goa and Mumbai register two consecutive victories in their last two matches.

In the event of teams being tied on points, the head-to-head record between these teams will come into force.

Assuming FC Goa get the better of ATK and Jamshedpur FC in their last two matches, they will qualify with 30 points, possibly leaving three teams with 29 points. Even then, Pune will still go through.

Pune face Delhi Dynamos in their concluding league clash on Friday without captain Marcelinho and Diego Carlos, both of whom are suspended.