ISL: Boris Singh came off the bench and scored the first goal in the 72nd minute before David Grande doubled the lead in stoppage time. 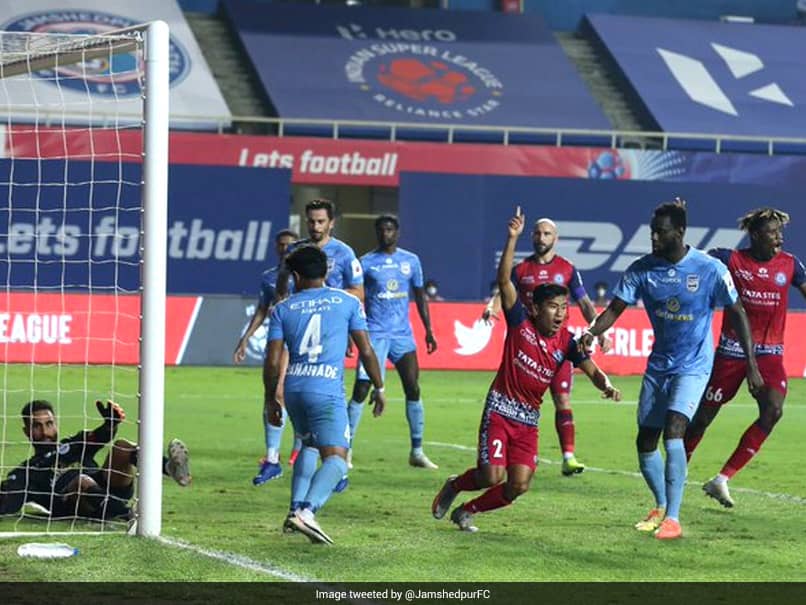 Mumbai City FC's chances of finishing at the top of the Indian Super League (ISL) league standings received a huge blow, as they suffered a 0-2 defeat against Jamshedpur FC at Tilak Maidan, Vasco, on Saturday. Goals from substitutes Boris Singh (72') and David Grande (90') helped JFC inflict a second-straight defeat upon the Islanders, who are undergoing their worst phase in the league so far. This result meant a win for ATK Mohun Bagan against Hyderabad FC on Monday would ensure them of the League Winners Shield, and a maiden AFC Champions League spot.

JFC seemed to have done their homework right, as the Islanders found it difficult to play from the back as they usually do. They had just one shot in the first half, that too off target.

Though both sides did not have clear-cut chances, Mumbai's Amrinder Singh was comparatively busier than JFC's TP Rehenesh. Amrinder was called into action as early as the 5th minute, when Isaac Vanmalsawma lashed in a cross from the left flank into the box for Nerijus Valskis. But his header was met by Amrinder's palm.

JFC kept knocking at the Mumbai goal throughout but were not getting the final touch. Seiminlen Doungel and Farukh Choudhary had their moments but again they could not keep their attempt on target.

Valskis missed a chance to put his side ahead, when he was played in by Isaac. However, the Lithuanian headed way over.

Nothing changed in the second half as JFC continued their attack on the Mumbai goal. Isaac sent a cross to Choudhary, who showed great technique in controlling the ball before getting past his marker, only to see his attempt saved by Amrinder.

Mumbai had a chance to restore parity from a corner. Cy Goddard was able to find Mourtada Fall with his delivery who fired his header wide.

Grande ensured full points for JFC with a fine finish. Isaac and Monroy combined in the middle of the park with little pressure before the Spaniard slipped the ball into the path of Grande, who stabbed it past Amrinder.