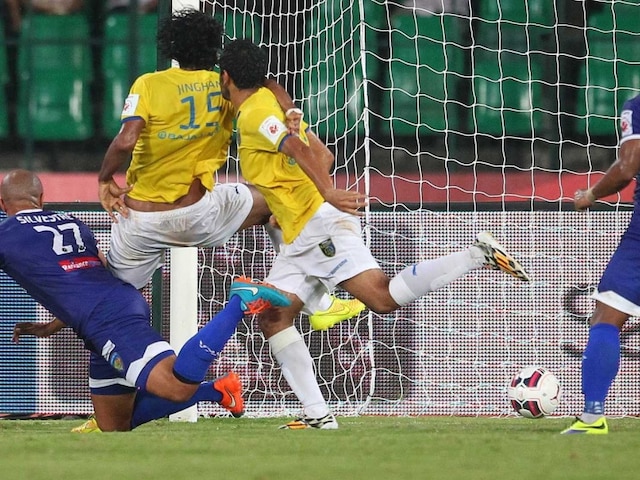 Kerala Blasters FC survived a tremendous onslaught from hosts Chennaiyin FC to win 4-3 on aggregate in the first semi-final play-off to enter the final of the inaugural Indian Super League (ISL) football competition at the Jawaharlal Nehru Stadium on Tuesday. Catch all the highlights of the match here: (Scorecard)

Chennaiyin won the second leg match Tuesday 3-1 after extra time, but that wasn't enough to overturn a 0-3 deficit from the away leg at Kochi.

Both teams ended the match with 10 men after Kerala's James McAllister and Chennai's Marco Materazzi were shown the red card.