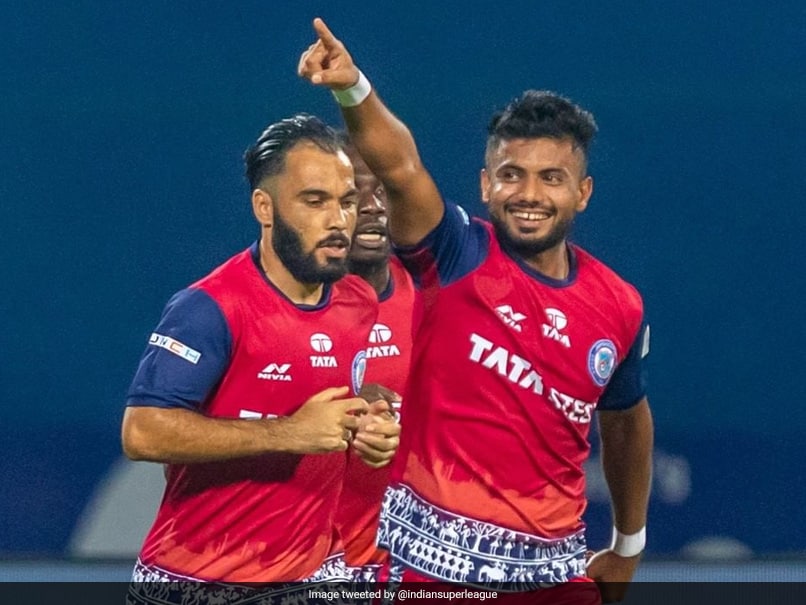 Jamshedpur FC knocked Hyderabad FC off their perch with a clinical 3-0 victory over them in a top-of-the-table rescheduled Indian Super League encounter at the Athletic Stadium in Bambolim on Tuesday. Chinglensana Singh (5th OG) scored an own goal to help Jamshedpur take the lead before skipper Peter Hartley (28th) doubled the lead with Daniel Chima Chukwu (65th) extending his rich vein of form with his fifth goal since joining Jamshedpur to crown a brilliant performance. Jamshedpur now are in pole position with 37 points from 18 matches, two more than Hyderabad (35 points) with a game in hand.

The result is more credible as Jamshedpur won against the leaders without Greg Stewart who has been arguably their best player. Stewart is serving a one-match suspension after picking up four yellow cards.

Hyderabad made a lot of changes to the side from the last game with Bart Ogbeche also not kept in the mix.

The game started on a frantic note, Chinglensana putting the ball in his own net after a Mobashir Rahman low shot took a wicked deflection off his foot and wrongfooted goalkeeper Gurmeet Singh, playing for the first time this season in place of seasoned custodian Laxmikant Kattimani.

The early goal hurt the league leaders as they shifted gears, seeing more of the ball in the final third with Jamshedpur pressing them higher up the park. Aniket Jadhav pulled wide after beating his marker with a neat piece of skill while as the yellow shirts seemed to be finding their mojo.

But Jamshedpur doubled their advantage from a set-piece. Alexandre Lima swung in a delightful corner for Hartley to leap highest and head home across the face of goal leaving Gurmeet rooted to his spot.

At halftime, the Men of Steel led 2-0 and in the second half, the Owen Coyle-coached side never took their foot off the pedal. Hartley came close to doubling his goal tally from a corner and Chima dragged wide from close.

The in-form Nigerian did not have to wait too long though for a goal, slotting home a botched Khassa Camara clearance which was set up for him by Lima. Hyderabad could have pulled one back but Javier Siverio missed from close range.

Hyderabad FC Indian Super League Football
Get the latest updates on ICC T20 Worldcup 2022 and CWG 2022 check out the Schedule, Live Score and Medals Tally. Like us on Facebook or follow us on Twitter for more sports updates. You can also download the NDTV Cricket app for Android or iOS.