ISL: The Indian Super League 2021-22 season kicks off on Friday with a big-ticket clash between ATK Mohun Bagan and Kerala Blasters. 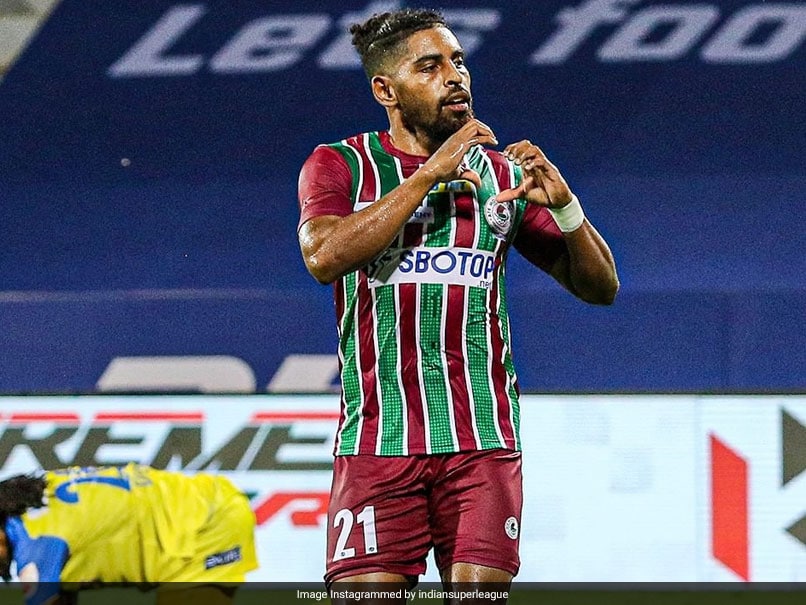 ISL: ATK Mohun Bagan will bank on the heroics of Roy Krishna.© Instagram

With a sense of deja vu, the Indian Super League 2021-22 season kicks off on Friday with a big-ticket clash between ATK Mohun Bagan and Kerala Blasters. Like in the last season, the three venues in Goa -- Jawaharlal Nehru Stadium in Margao, Tilak Maidan in Vasco and GMC Athletic Stadium in Bambolin -- will host the first phase of the ISL which runs till January 9. This is in sync with the demands of hosting events in the COVID era. However, what is going to be different this season is the biggest rule change in the league since its inception in 2014, which can have a significant impact on the national team.

The season will see teams playing with a minimum of seven local players plus a maximum of four foreigners in the XI.

The league will witness an increase in local players' on-field participation, thanks to a new set of guidelines that mandates clubs to field a minimum of seven domestic footballers at one time from the previous six.

A rise in the number of Indian players means one spot less for foreign stars which will now be capped at four.

The cap on foreign players to a maximum four is in accordance with the Asian Football Confederation's (AFC) club competition regulations.

The changes gave the clubs the leeway to sign a maximum of six foreign players of which one is required to be from an AFC member nation (3+1).

The inaugural edition in 2014 had witnessed a playing composition of six foreigners and five Indian players.

Over the years, the league has gradually increased the spots for Indian players, with ISL 2017-18 having a minimum six Indian players on the field, which was further increased to seven for this season.

On the eve of the tournament opener, ATK Mohun Bagan coach Antonio Habas said his team will play their own game against Kerala Blasters but will go into the field with nothing but respect for their opponents.

"We don't have a lot of information about their quality because the deck he has, they have a new coach, new players but we have to analyse it to the individual profile of the players he has. But at all times, my morals in football are more important i.e. 85%, 80% for my team to perform its job and the rest 20% is my respect for the opponent," he added.

ATK Mohun Bagan will look to maintain their winning record against the Blasters, having defeated them twice last season.

Their opponents are a revamped unit and Habas' men will have to bring their 'A' game to the table if they are to start the season with all three points.

In his second managerial stint with the Kolkata-based side, Habas will look to go one step further this season after his team lost in the final to Mumbai City FC last year.

On the other hand, Kerala Blaster FC head coach Ivan Vukomanovic will not let history bog down his side.

The Blasters have come up against ATK Mohun Bagan twice in their history and lost on both occasions but will look to be on the right end of the result on Friday.

"We are mostly focused on ourselves on how we will play and what our tasks are. Of course, during every game, you have moments where you have to attack and you have to defend. It doesn't mean that only one team will defend," Vukomanovic said.

Kerala Blasters FC Indian Super League Football
Get the latest updates on ICC T20 Worldcup 2022, check out the Schedule and Live Score. Like us on Facebook or follow us on Twitter for more sports updates. You can also download the NDTV Cricket app for Android or iOS.