ATK vs Hyderabad ISL 2019 Highlights: David Williams and Edu Garcia scored two goals each while Roy Krishna found the back of the net once in the match. 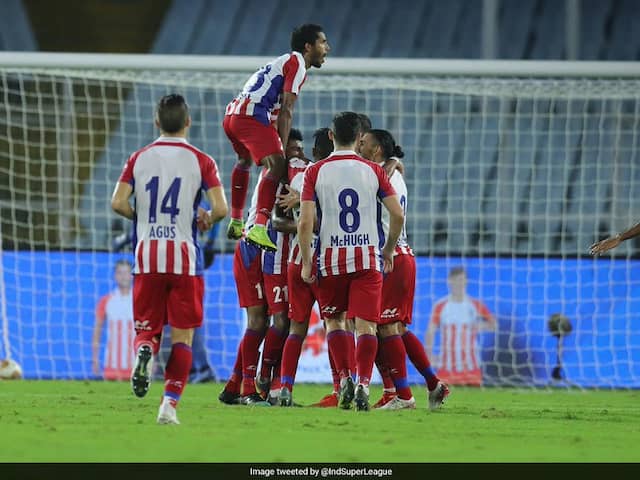 Two-time Indian Super League (ISL) champion ATK dominated the game from the kick-off as they outclassed Hyderabad FC with an emphatic 5-0 win on Friday. The home side played with the high tempo and created several chances in the opening few minutes. David Williams brought cheers on the home supporters' face as he broke the deadlock in the 25th minute. Roy Krishna doubled ATK's lead inside two minutes of the opening goal. Williams then found the back of the net in the 44th minute, helping the hosts go into the half-time break with a three-goal lead. Hyderabad started to control the game in the midfield but they lacked the perfection in the final-third. Edu Garcia, who came in as a substitute in the 70th minute, scored two late goals in 88th and 94th minute to hand ATK their first win of the season.

Atletico de Kolkata Hyderabad FC Indian Super League Football
Get the latest Cricket news, check out the India cricket schedule, Cricket live score . Like us on Facebook or follow us on Twitter for more sports updates. You can also download the NDTV Cricket app for Android or iOS.