FC Goa were on the brink of winning the Indian Super League (ISL) season 2 title but an own goal from goalkeeper Kattimani and a 90th minute strike from Stiven Mendoza broke the home team's heart and gave Chennaiyin FC a 3-2 win in the final and their first ISL crown. Catch all the highlights here. (Match Updates)

20:55 hrs IST: And that's the final whistle!! Heartbreak for FC Goa as Mendoza's 90th minute strike gives Chennaiyin FC the Indian Super League season 2 crown. What a final!!! What a dramatic second half!!

20:51 hrs IST: FC Goa were almost there but a goalkeeping howler and a smart finish from Mendoza has broken Goan hearts. Just two minutes off the five minutes added time left. 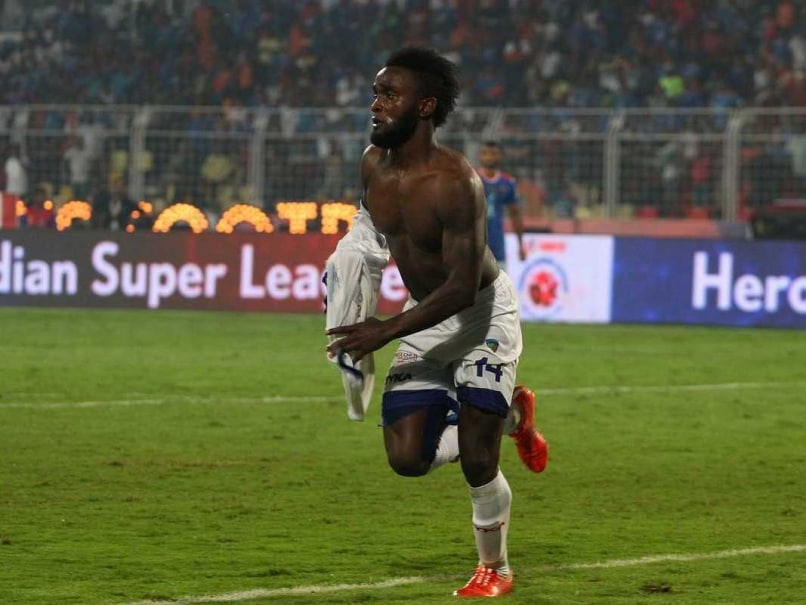 20:50 hrs IST: Goal Chennaiyin!! Mendoza scores his 13th goal of the season to put Chennai on the brink of victory. What a maddening final few minutes!! 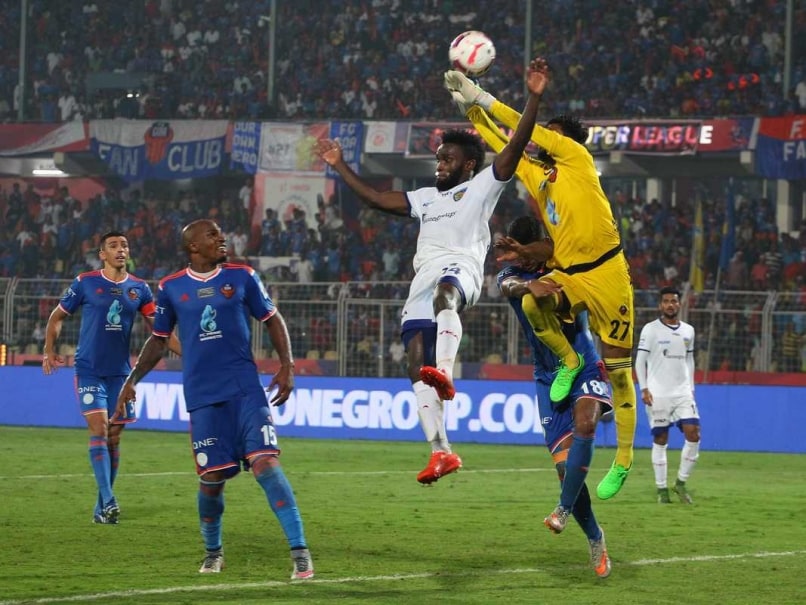 20:47 hrs IST: Goal Chennaiyin!! What is Kattimani doing there. He collides with his own defender and punches the ball into his net.

20:42 hrs IST: What a chance for Mailson. He needed to put his foot through the ball but goes for placement. Mendoza then get a good save out of Kattimani.

20:39 hrs IST: FC Goa are starting to take control of the match but they will need to be wary of a counter-attack from Chennaiyin, especially with the pace of a certain Stiven Mendoza. 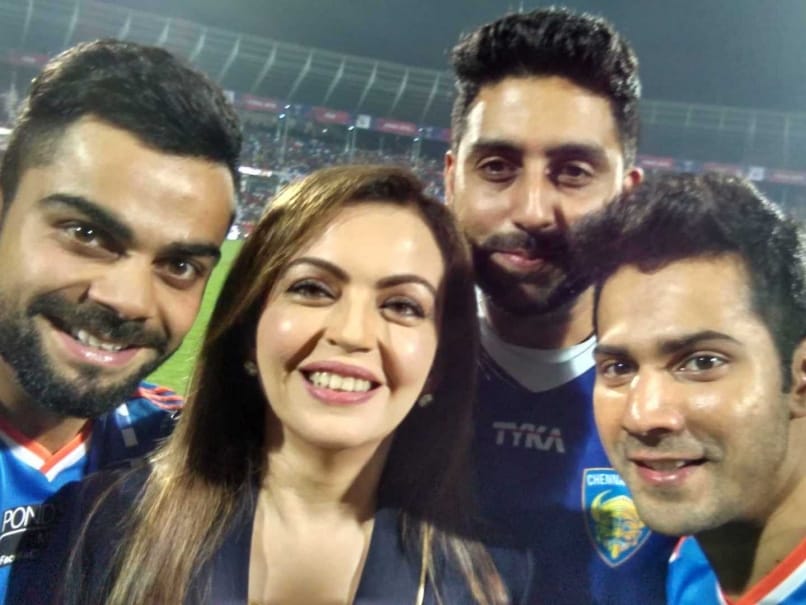 20:34 hrs IST: What a a great flick from Haokip and an even better save from Edel Bete!

20:30 hrs IST: Joffre with a twisting and turning run for Goa but nothing comes of it!

20:25 hrs IST: Goal scorer Pelissari is coming off and finally we see Elano. Can he win it for Chennaiyin?

20:24 hrs IST: Great chance for FC Goa from a corner but it falls to defender Gregory who's twisting shot from 2 yards out goes high and wide.

20:21 hrs IST: After a cagey first half, the second half has been anything but that as the two teams are throwing everything at each other.

20:19 hrs IST: Another penalty to Chennaiyin!! Mendoza to take this time.

20:16 hrs IST: Goal FC Goa!! Romeo's cross is met by substitute Haokip on the far post. It's all level again!! 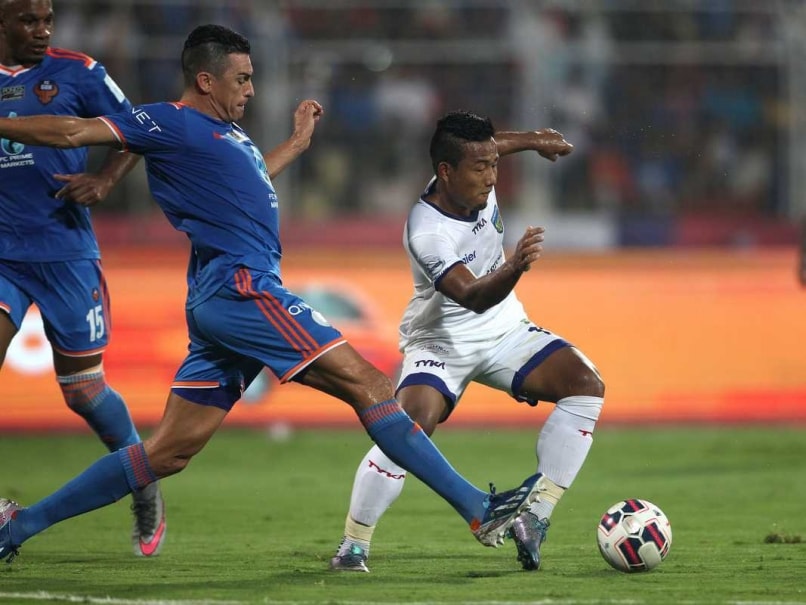 20:15 hrs IST: Another reckless challenge from FC Goa. They need to keep their calm

20:10 hrs IST: Penalty to Chennaiyin!What a clumsy challenge on Mendoza.

20:08 hrs IST:Mendoza and Pelissari are combining well for Chennaiyin. But are we going to see midfield maestro Elano in the second half?

20:05 hrs IST: Another big loss for FC Goa before the start of the second half. Leo Moura is substituted and in comes Thongkhosiem Haokip!

19:48 hrs IST: There goes the halftime whistle! Nothing to separate the two teams in the first half. Hopefully we will see a goal in the second.

19:46 hrs IST: Both teams are defending well. Two minutes added to the first half.

19:41 hrs IST: Some good passing from Goa but Joffre's left-footed shot is high and wide.

19:39 hrs IST:Great team play from Chennaiyin! Mendoza's shot from inside the box is deflected for a corner. That was very dangerous for Goa! 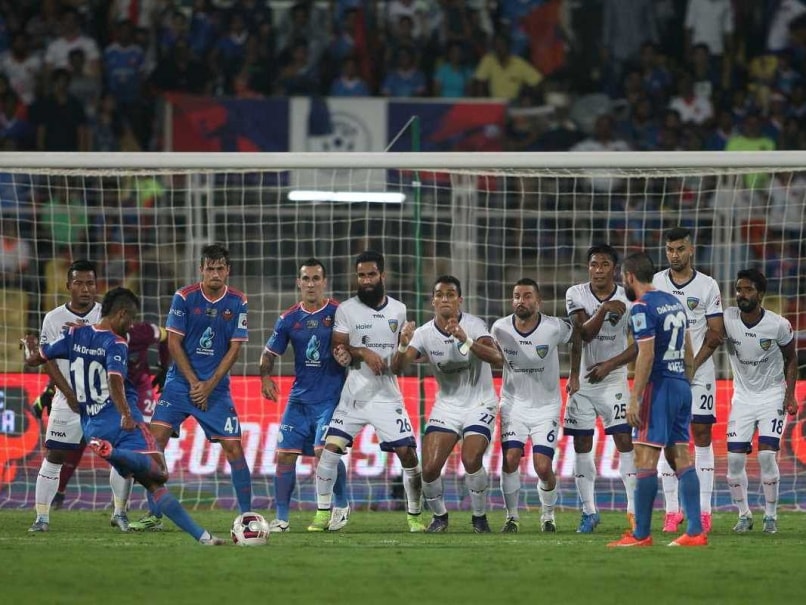 19:34 hrs IST: Moura goes for a grounded shot. It takes a deflection and goes just wide.

19:30 hrs IST: Mendoza is not getting the service he usually gets from Chennai midfield. Elano's creativity is a big miss for Chennaiyin. 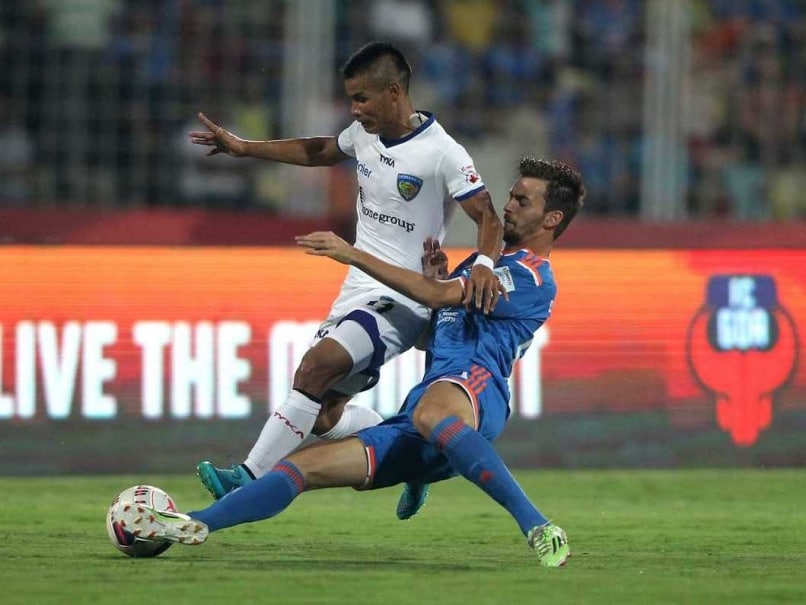 19:27 hrs IST: Moura gets on the wrong side of Mendy and goes down in the box. Referee waves play on!

19:25 hrs IST: The game started a bit slow but is at an electric pace right now. Just the final passes are missing from both teams.

19:23 hrs IST: Mendoza seems to be getting a physical pounding from the FC Goa players. He looks ready for the challenge, though. Goa players need to be careful of the argy-bargy!

19:21 hrs IST: Mendoza goes extremely close! Kattimani saves but its seemed Mendoza was being tugged back.

19:17 hrs IST: What a Miss!Pelissari should have at least hit the target there. He was one on one with FC Goa goalkeeper but went for the power and made a hash of things. Chennaiyin should have been one up.

19:16 hrs IST: Another stoppage! FC Goa players are not having the best time. Another Goa player receiving medical attention.

19:14 hrs IST: Quite a sluggish first 14 minutes! Both teams opting for long balls rather than taking control. 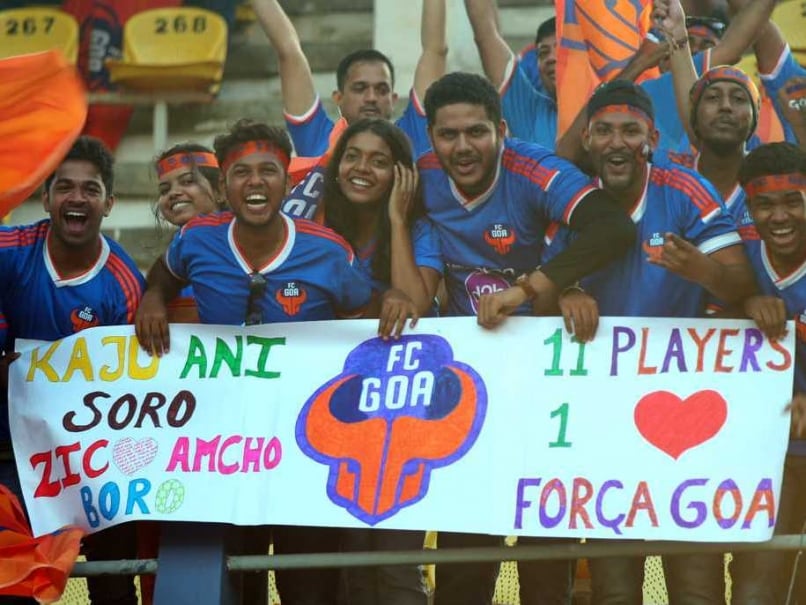 19:10 hrs IST: FC Goa fans have come in numbers to support their team. Crows support will surely play its part in the summit clash.

19:07 hrs IST: Both set of players seem a bit nervous. Some stray passes in the early stages.

19:02 hrs IST: We are off!! Straight away Romeo makes a run down the right and squares the ball for Mandar whose shot comes off Mehrajuddin Wadoo.

18:56 hrs IST: A warm welcome to the final of the Indian Super League final between FC Goa and Chennaiyin FC. Some big news coming in ahead of the kickoff. Elano is on the bench and Bruno Pelissari getting a start instead.

Playing in front of their home crowd, FC Goa certainly have a slight edge over their opponents but Zico's men will do well to remember that they have lost to Chennaiyin in both their previous encounters at Fatorda. (Chennaiyin FC Defeat Atletico de Kolkata 4-2 On Aggregate to Qualify for Indian Super League Final)

The match could very well turn out to be a contest of FC Goa's attack against Chennaiyin's defence. (Indian Super League: FC Goa Thrash Delhi Dynamos FC to Storm into Final)

FC Goa, though, will have to be on their toes in defence. The attacking duo of Stiven Mendoza and Elano will be a tough proposition for the Goan defence.

Mendoza has been in fine form scoring 12 goals and providing three assists and he will have fond memories of getting the first hat-trick of the season when these two sides last met at Fatorda.

Meanwhile, FC Goa have key attacking players themselves who will be a handful for the Chennai defence. Leo Moura, who has two goals and eight assists this season, will once again pose the biggest threat to Chennai.

Moura has been one of the best players of the league this year, conjuring 803 successful passes (more than anyone in the league). The 37-year-old will have to shoulder the massive responsibility of anchoring the Goan midfield if Chennaiyin FC midfield comprising the likes of Elano and Bruno Pelissar are to be neutralised.

The match will also see a battle for the Golden Glove award with Edel Bete (Chennaiyin FC) and Laxmikant Kattimani (FC Goa) as both are in contention for the best goalkeeper's award.

Goa will be full of confidence after overturning a 1-0 first leg deficit against Delhi Dynamos in the semi-finals while Chennai suffered their first loss in five games, going down 2-1 in Atletico de Kolkata in the second leg.

Comments
Topics mentioned in this article
Indian Super League FC Goa Chennaiyin FC Elano Blumer John Mendoza Marco Materazzi Football
Get the latest updates on IPL Auction 2023 and check out  IPL 2023 and Live Cricket Score. Like us on Facebook or follow us on Twitter for more sports updates. You can also download the NDTV Cricket app for Android or iOS.