"He Is A Human Being": Bengaluru FC Coach Backs Captain Sunil Chhetri 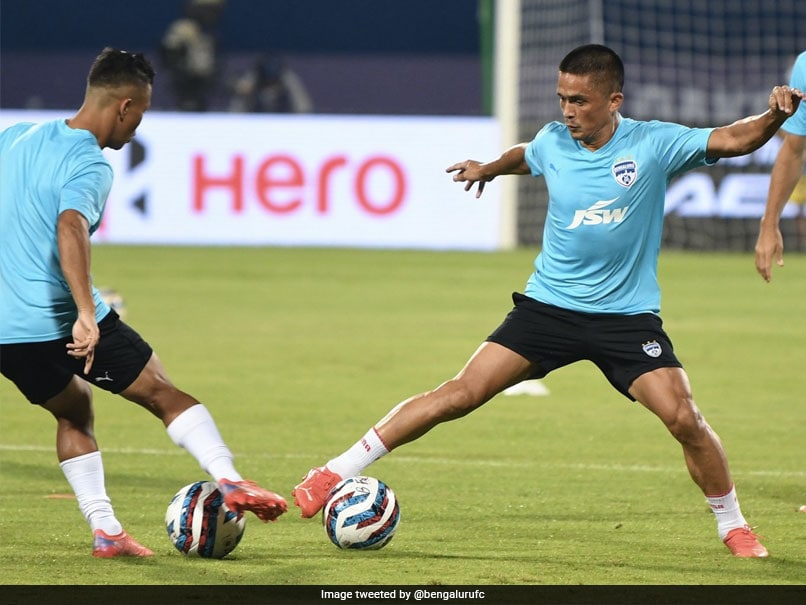 Bengaluru FC was pushed near the bottom place as FC Goa handed the Blues a third consecutive defeat, emerging 2-1 winners at the Athletic Stadium in Bambolim on Saturday.

Chhetri is yet to score this season and missed a well-made chance on Saturday as he blazed over from close range in the 18th minute of the game.

"He is a human being. Sometimes you don't have luck going for you. With the national team, he had a lot of luck as the ball fell to him many times and he scored five goals. Today (Saturday) he had a great chance and if he scores it's 1-1," said Pezzaiuoli in the post-match press conference as per the ISL website.

"Normally he would score that with his eyes closed. In this hard time, he has the support of the team and also how he worked for the team was good. He needs more luck inside the box. It happens when you don't work but with him he is working and it will come back.

"I don't think we should be talking a lot about Sunil. I don't pick one player out. We lost today as a team and that I feel is the important part," he added.

This was a second consecutive victory for the Gaurs in a match that saw two red cards and eight yellow cards. Bengaluru's Pezzaiuoli admitted it was a "tough" match for their side.

"First of all, we came back well. It was a tough game after we went down 0-1 but we came back with a nice goal from Cleiton to make it 1-1. In the second half we lost a bit of our minds after we had the numerical advantage. We didn't keep possession and started to play with long balls. So usually when you have one player more, you don't win games," said Pezzaiuoli

"It was a good game from us after half-time. We had control over FC Goa completely and we also created chances. But after the first five minutes, we stopped investing in the game as much as before. That was why we lost the game," he added.

FC Goa Sunil Chhetri Indian Super League Football
Get the latest updates on ICC Women's Cricket World Cup 2022 and IPL 2022, check out the Schedule , Live Score and IPL Points Table. Like us on Facebook or follow us on Twitter for more sports updates. You can also download the NDTV Cricket app for Android or iOS.