Clash Against FC Pune City Will be a Hard Game: Nicolas Anelka

Mumbai City FC and FC Pune City face-off in their first match of the Indian Super League at the Shree Chhatrapati Shivaji Sports Complex in Pune. 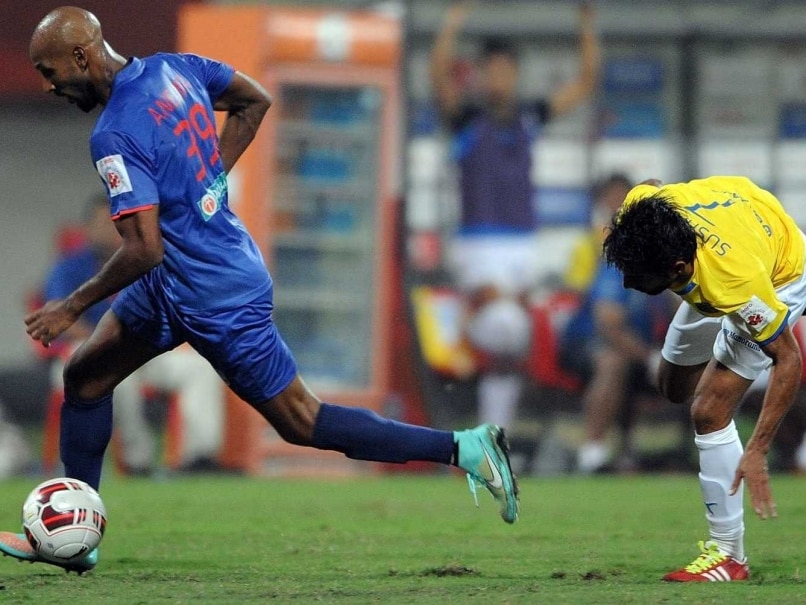 Indian Super League (ISL) franchise Mumbai City FC player-cum-manager Nicolas Anelka believes their match against rivals FC Pune City on October 5 which is considered to be a derby clash will be a tough and a hard game.(All the Latest Updates From the Indian Super League)

Mumbai and Pune face-off in their first match at the Shree Chhatrapati Shivaji Sports Complex in Pune.

"Game against FC Pune City will be a hard game and a tough one. It will be an important game for us and we will look to give out best and win it," Anelka, who was just a player in the inaugural ISL season before taking up an added responsibility of managing the Mumbai side, told reporters here.

"I had a bit of ISL experience last year. It was important because it was important to know the players very well. Managing the side and playing is not at all easy. If I am playing, I will give my best. If I am at the bench, I will do my best as a manager. Sometimes I will play and sometimes I will not play," he said.

Taking about the combination he has upfront with likes of Sunil Chhetri, Andre Moritz and Sony Norde, he said: "It is good to have star players. It will be good to rotate players and sometimes play all of them. I am happy with the strength of our squad and I hope they will do well in the matches."

Asked about what would be the combination like when the Indian players will be leaving for national duty, the former Chelsea star said: "We have quality to fill those gaps. We have players to replace them."

Anelka believes the pre-season training in Dubai was a much needed one and the squad is well shaped ahead of start of second season.

"We are in good shape. We had a good pre-season in Dubai which was a much needed one. We won a couple of matches and lost one. It was quite a test for us," he said.

Comments
Topics mentioned in this article
FC Pune City Mumbai City FC Nicolas Anelka Indian Super League Football
Get the latest updates on ICC T20 Worldcup 2022 and CWG 2022 check out the Schedule, Live Score and Medals Tally. Like us on Facebook or follow us on Twitter for more sports updates. You can also download the NDTV Cricket app for Android or iOS.