Novy Kapadia was involved in commentary for decades and it was not just restricted to football. He had been part of the Olympics, Asian Games, Commonwealth Games and other multi-sport events. 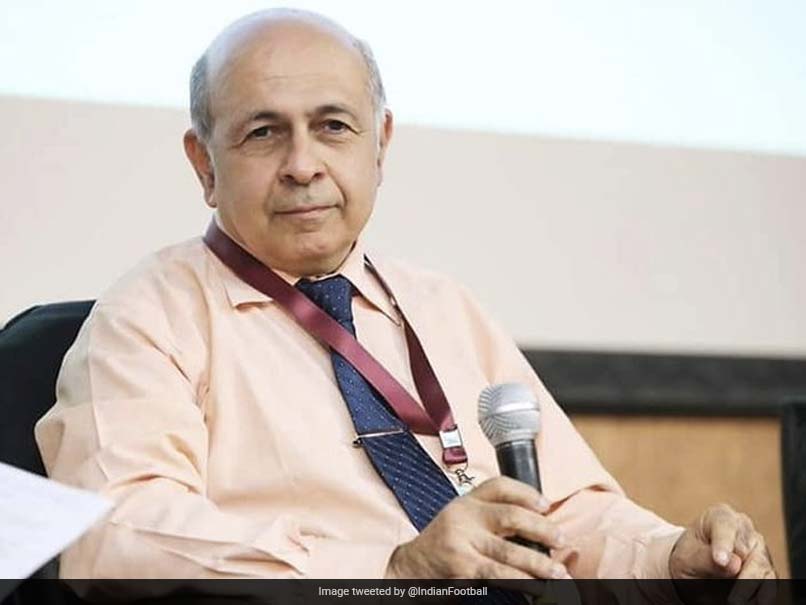 Novy Kapadia died on Thursday and was 67-years-old.© Twitter

Considered an authority on Indian football, veteran commentator and former Delhi University professor Novy Kapadia died on Thursday after a prolonged illness. He was 67. Kapadia is not survived by any immediate family member after the death of his sister. The soft-spoken Kapadia, who has covered nine FIFA World Cups, was on ventilator for the last month. The eminent football expert and author had been suffering from a motor neurone disease, a rare condition that causes the nerves in the spine and brain to lose function over time.

Rendered immobile because of the condition, he was confined to his house for the last two years. Kapadia was left bed-ridden for the last couple of years and was most recently in the news due to issues with his pension, prompting former Sports Minister Kiren Rijiju to intervene and provide a financial aid of Rs 4 lakh.

The versatile Kapadia was involved in commentary for decades and it was not just restricted to football. He has been a part of the Olympics, Asian Games, Commonwealth Games and other multi-sport events.

Kapadia, who founded the Ashoka Club and played active football in the local league, was held in high esteem by the players, officials, scribes and everyone else associated with Indian football and beyond.

A sad day for Indian football as the fraternity loses a renowned commentator and expert.

He was sought after for his knowledge and experience in the sport and it is encapsulated in his seminal book, 'Barefoot To Boots, The Many Lives Of Indian Football'. He also authored The Football Fanatic's Essential Guide Book in 2014.

Besides his involvement in sports, Kapadia was also a former professor at SGTB Khalsa College, Delhi University. He was Deputy Proctor of the university from 2003-2010. The Indian football fraternity was devastated by the news of his death.

We are saddened by the demise of Novy Kapadia, eminent journalist, commentator, and football pundit. May his contribution shine through everyone he has touched through his coverage of #IndianFootball #RIP pic.twitter.com/NPBQMEJNg7

"We are saddened by the demise of Novy Kapadia, eminent journalist, commentator, and football pundit. May his contribution shine through everyone he has touched through his coverage of Indian Football," the All India Football Federation tweeted.

Top clubs such as Bengaluru FC, ATK Mohun Bagan and Kerala Blasters too expressed their shock and sadness, calling it a massive loss for Indian football. Football Delhi too mourned the death of Kapadia who was often referred to as the "voice of Indian football".

"Novy Kapadia made an unparallel contribution to football in Delhi, he represented Delhi State Team in the Junior National Championship and played in the Delhi league for many years," Football Delhi president Shaji Prabhakaran said in a statement.

We, at SC East Bengal, are deeply saddened by the news of Novy Kapadia's passing. The voice of Indian football, you will be missed, Sir.

"Novy was a legend in many respect, his passion and dedication for football can't be expressed in words. Indian football has lost a legend, who was married to football and his connection with football was very deep rooted.

"I haven't come across a second person in Indian football who commanded such an authority and respect. Novy was our inspiration, his writing, commenting, expert opinions, etc were greatly inspiring to each of us in Indian football. His departure is a big loss for Delhi football in particular."

#NovyKapadia's contribution to Indian sport, particularly football, is immeasurable. He was driven by passion and commitment, without bothering about what he got in return. Go well my friend. RIP

In Kapadia's memory, Football Delhi will hold a prayer meeting at the Ambedkar Stadium on Monday.