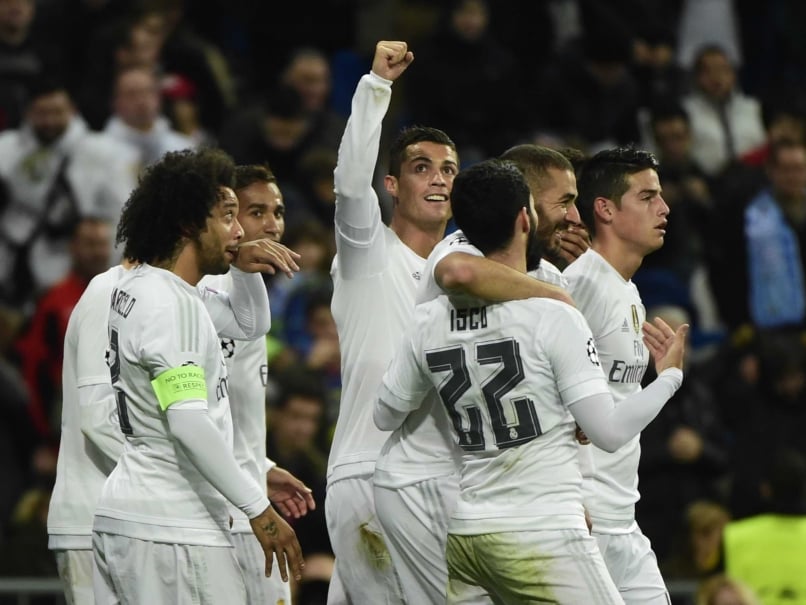 Cristiano Ronaldo celebrates with teammates after scoring one of his four goals against Malmo in a UEFA Champions League match.© AFP
Madrid:

Ronaldo's tally of 11 goals in the group stages surpasses the previous record of nine held by himself in 2013/14 and Luiz Adriano for Shakhtar Donetsk last season.

"On a personal level, I am happy for another record," said Ronaldo.

Madrid have now won five consecutive games since being thrashed at home 4-0 by Barcelona last month.

"We are used to (the critics) but we are improving bit-by-bit, the team is better and more confident," added Ronaldo.

"Five victories in a row, we are on a good run and need to continue like this."

The scoreline also equalled Liverpool's 8-0 thrashing of Besiktas in November 2007 with current Madrid boss Rafael Benitez then in charge of the English side.

And Benitez said that fact dispelled suggestions he is a defensive minded coach.

"I have said it many times, but people forget these things and today is a further demonstration that this is a team that attacks," he told beIN Sports.

With top spot in Group A already assured, Benitez took the chance to rest some of his stars including Gareth Bale, but Madrid were still in a different league to a Malmo side that ended their domestic season over five weeks ago.

Benzema will learn on Thursday if he is to be suspended from the French national team due to his alleged involvement in a blackmail scandal involving a sex tape of international teammate Mathieu Valbuena.

However, he remains in fine form for Madrid as he scored his first hat-trick since another 8-0 Real win over Levante in December 2010 to take his tally to five in his last two games. 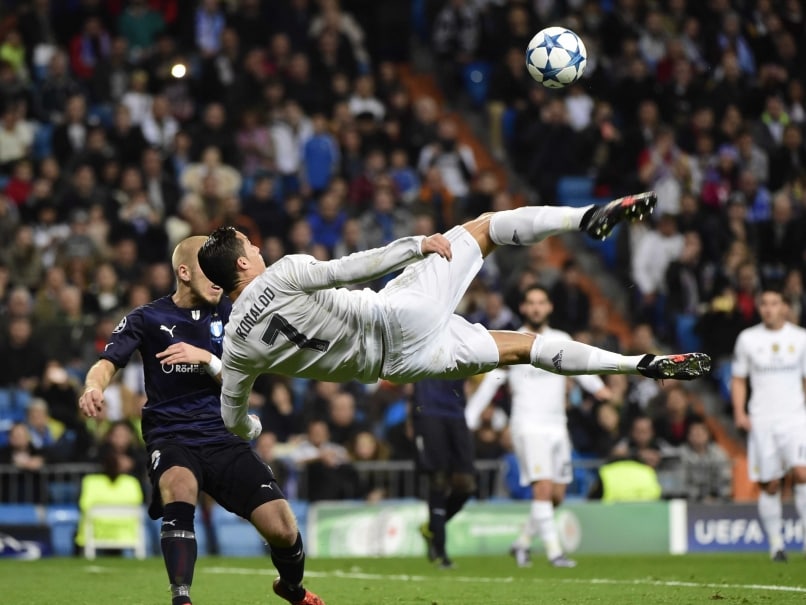 The opener arrived on 12 minutes when Benzema was on hand to sweep home into an empty net after Isco's initial effort had been cleared off the line.

Poor defending allowed Benzema to double the hosts' advantage midway through the first-half as he headed in unmarked from Ronaldo's cross.

Ronaldo then had two fierce efforts well saved by Malmo's veteran goalkeeper Johan Wiland, but the 34-year-old was to blame when the World Player of the Year opened his account for the evening with a free-kick that bobbled into the far corner.

Unlike in recent matches when Madrid have eased off in the second-half after accumulating a comfortable half-time lead, Benitez's men went for the kill after the break as they sensed history.

Ronaldo took advantage of a loose ball inside the area to make it 4-0 and then fired across Wiland into the far corner to register his record-breaking 10th goal of the group stage inside the first four minutes of the second-half.

Not content with 10, Ronaldo side-footed home Isco's cross 10 minutes later for his 88th Champions League goal with all 11 in the group stage coming in just four matches as he failed to score in two games against Paris Saint-Germain.

Croatian international Kovacic smashed home his first Madrid goal since a big money move from Inter Milan to pile on the misery for Malmo coach Age Hareide in his final match in charge.

With the visitors clearly tiring, Madrid's pressing teed up Benzema to continue putting his off-field troubles behind him with his 12th goal of the season.

Real could easily have gone on to set a new record as Wiland made a series of saves in the final 15 minutes and Denis Cheryshev clipped the post.

However, referee Daniele Orsato took pity on the visitors as he blew up for full-time without adding any stoppages as Madrid's recovery since the Barcelona debacle continued in fine style.

Comments
Topics mentioned in this article
Real Madrid Malmo Cristiano Ronaldo Karim Benzema Football
Get the latest updates on IND vs NZ 2021, check out the Schedule and Live Score . Like us on Facebook or follow us on Twitter for more sports updates. You can also download the NDTV Cricket app for Android or iOS.