Son Heung-min has been recovering after suffering a fractured arm during Tottenham's win at Aston Villa on February 16. 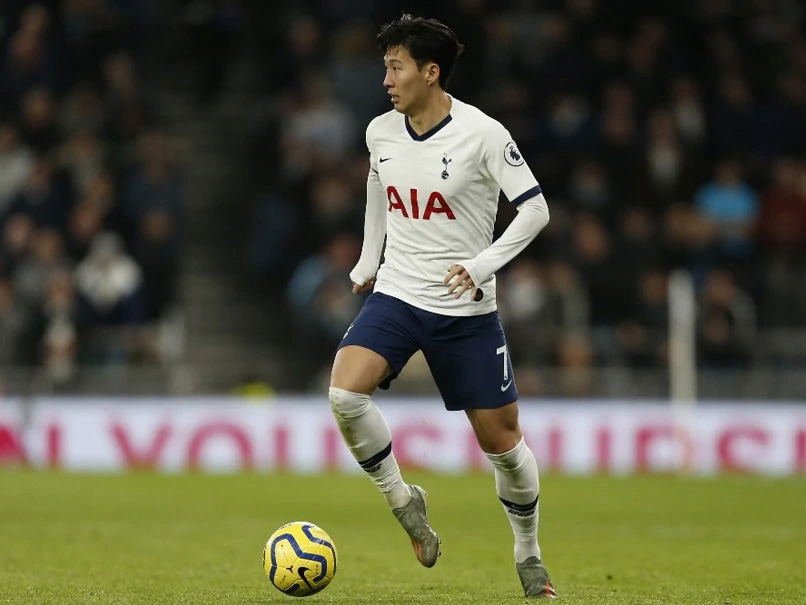 Son Heung-min will spend 2 weeks in quarantine in line with government guidelines.© AFP

Tottenham forward Son Heung-min has been allowed to fly home to South Korea for "personal reasons". Although Britain is on lockdown due to the coronavirus, the Premier League club on Sunday said Son has been given permission to return to Asia. The 27-year-old has been recovering after suffering a fractured arm during Tottenham's win at Aston Villa on February 16. It was reported Son and his parents arrived in Seoul on Sunday and will spend two weeks in quarantine in line with South Korean government guidelines. Son had already spent two weeks in self-isolation in Britain after returning from South Korea at the end of February, having travelled home for surgery.

He will take part in Tottenham's remote training programme, which is set to begin via video call on Monday.

Son was not expected to return from injury this season, but the pandemic has postponed English football until at least April 30.

Meanwhile, Son's Tottenham team-mate Steven Bergwijn has travelled to the Netherlands ahead of the impending birth of his child.

"The club has given permission for both Heung-Min Son and Steven Bergwijn to return to their home countries," a statement on Tottenham's website said.

"Both players will continue their individual rehabilitation and training programmes during their time away."

Son Heungmin Football
Get the latest updates on ICC T20 Worldcup 2022, check out the Schedule and Live Score. Like us on Facebook or follow us on Twitter for more sports updates. You can also download the NDTV Cricket app for Android or iOS.