Son Heung-min reported to a marines camp on the southern island of Jeju for his three-week basic training, a report said. 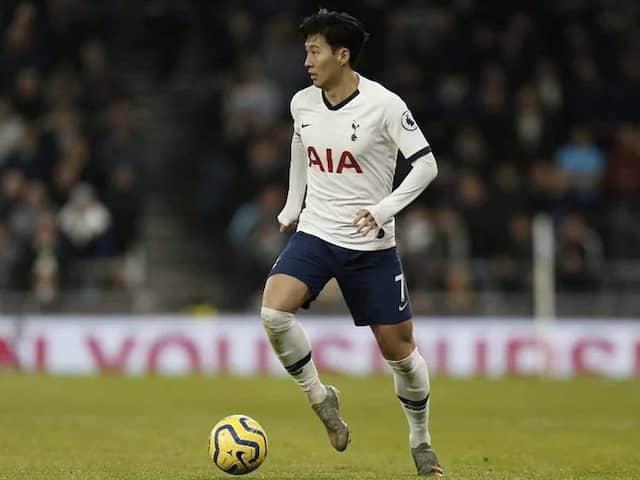 Son Heung-min's season ended even before the coronavirus outbreak when he broke his arm.© AFP

Tottenham Hotspur's South Korean striker Son Heung-min began his three-week military training at a marines boot camp on Monday, a report said, with the Premier League on hold over the coronavirus pandemic. All able-bodied South Korean men are obliged to serve in the military for nearly two years, making up the bulk of Seoul's 600,000-strong forces. But Son was among the South Korean footballers who earned an exemption by winning gold at the 2018 Asian Games in Indonesia.

The 27-year-old's Premier League season ended even before the coronavirus outbreak spread to Europe when he broke his arm against Aston Villa on February 16, and Spurs said he returned to South Korea for "personal reasons".

Son reported to a marines camp on the southern island of Jeju for his three-week basic training, Yonhap news agency reported.

A Yonhap photo showed Son walking past a military truck and soldiers, wearing a green sweatshirt, a black cap and a face mask.

"South Korean football star Son Heung-min enters the training facility of the 91st Battalion of the 9th Brigade of the Marine Corps," the caption read.

Son's agency had earlier urged fans to refrain from attending the venue over virus concerns.

"Son Heung-min is up for basic military training in April," his agency said on his official Facebook account this month.

"We have decided to not open to the public in active compliance with the government's measures on the COVID-19," it added.

Under the terms of his gold-winner's exemption, Son only needs to complete his basic training and perform around 500 hours of community service to satisfy his conscription obligation.

Basic training in the army is four weeks, but three weeks in the marines and navy.

The Premier League has been suspended since mid-March due to the coronavirus and no date has yet been set for a resumption.

Son Heungmin Football
Get the latest Cricket news, check out the India cricket schedule, Cricket live score . Like us on Facebook or follow us on Twitter for more sports updates. You can also download the NDTV Cricket app for Android or iOS.