Barcelona's run of six consecutive Champions League semi-finals was ended by a quarter-final exit to Atletico Madrid last season, but after starting his reign with three consecutive wins in La Liga, coach Luis Enrique refused to make any minimum requirement of his star-studded squad for this campaign. 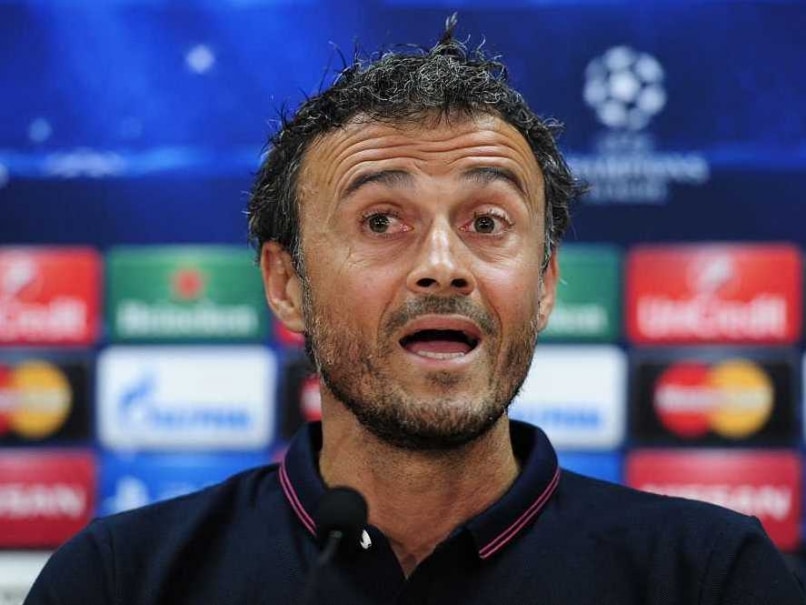 Barcelona boss Luis Enrique is relishing his Champions League debut as a coach when his side host Cypriot champions APOEL Nicosia at the Camp Nou on Wednesday.

The Catalans run of six consecutive Champions League semi-finals was ended by a quarter-final exit to Atletico Madrid last season, but after starting his reign with three consecutive wins in La Liga, Enrique refused to make any minimum requirement of his star-studded squad for this campaign.

"The first game is special because it is an attractive competition. I think the team is approaching the game in good shape and is in good form," he said on Tuesday.

"We are just at the start of the season with many things to improve, but in general I think we are in a good moment. To make minimum requirements with this team and the trajectory of the club makes no sense. Our first objective is to win the first game."

Barca are expected to cruise through Group F along with French champions Paris Saint-Germain given the wealth of their resources compared to APOEL and four-time European champions Ajax.

However, Enrique warned against complacency and is keen to make a flying start with PSG expected to challenge for first place in the group.

"This marvellous sport is full of games in which the in theory inferior side beats the favourite," he added.

"If we play with intensity we will be much closer to victory, if not then we could struggle. This match is very important if we want to be first in the group, albeit against a less attractive opponent.

"Three points count as much in this match as say they would against Paris Saint-Germain."

Comments
Topics mentioned in this article
Barcelona Apoel Nicosia Football
Get the latest updates on IPL 2021, check out the IPL 2021 Schedule and Indian Premier League Live Score . Like us on Facebook or follow us on Twitter for more sports updates. You can also download the NDTV Cricket app for Android or iOS.