Shoulder operation to keep Steven Gerrard out of England friendlies

Gerrard will undergo surgery later this week and is due to return in time for Liverpool's pre-season programme. 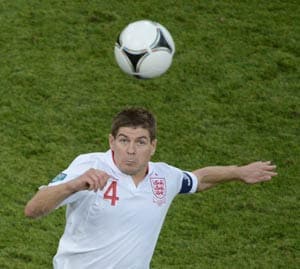 Liverpool and England captain Steven Gerrard is to have an operation on his left shoulder which will rule him out of the rest of the season, it was announced Tuesday.

The operation means midfielder Gerrard will also miss England's friendly internationals against the Republic of Ireland at Wembley on May 29 and 2014 World Cup hosts Brazil on June 2.

Gerrard will undergo surgery later this week and is due to return in time for Liverpool's pre-season programme.

Comments
Topics mentioned in this article
Football Steven Gerrard
Get the latest updates on ICC T20 Worldcup 2022 and CWG 2022 check out the Schedule, Live Score and Medals Tally. Like us on Facebook or follow us on Twitter for more sports updates. You can also download the NDTV Cricket app for Android or iOS.